‘Rebels on Pointe,’ a film about the pursuit of human happiness 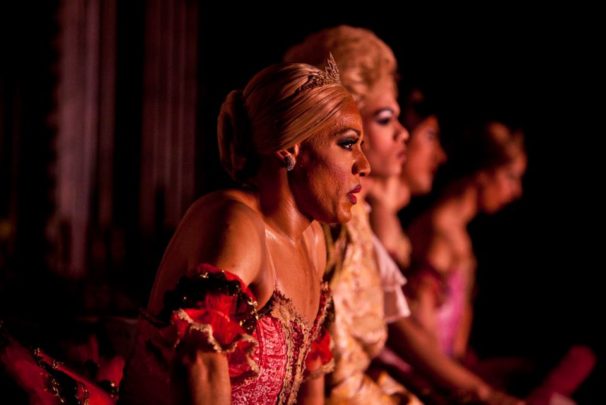 “I can be myself. I can wear tutus. Why not?” asks the Cuban-born ballet dancer. Carlos Hopuy, in a matter-of-fact tone. He adds, “Those little things change the world.”

Hopuy voices these comments with the candor of a liberated person — he’s one of the members of the male-travestie troupe Les Ballets Trockadero de Monte Carlo. His journey toward self-confidence is recounted in REBELS ON POINTE, a new dance documentary now in theaters. 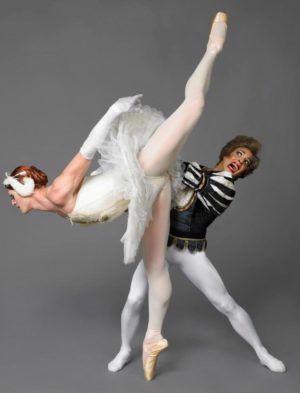 The documentary tracks the Trocks, giving an affectionate embrace to the zany and excellent company that has endured for forty years. It sprang to vivacious life in 1974, as a spontaneous expression of the gay liberation movement. At its core, the Trocks pay playful homage to the crusty (indeed rarefied and unless you’re a “dance person,” bizarre) culture of the legendary Ballets Russes de Monte Carlo.

Over the years, the Trocks have leveled all kinds of questions about classical ballet’s entrenched sexual politics, in a most direct manner: by mocking conventions head-on. Comedy ensues.

“Rebels,” now screening in Los Angeles and soon to appear in Seattle, documents company history, and through the choices of director Bobbi Jo Hart —  depicting the company through stories of its individual members — strikes a chord of unexpected universality. Because … probably you do not dance on pointe. Nor, would I guess, do you don a wig echoing imperious bunheads of bygone eras. Probably you do not transform your face, by deftly applying goo and pancake and powder and lipgloss, into “woman” (even I, a woman, do not do that!), and then dance your heart out in front of a receptive audience (the Trocks are huge in Japan, the film teaches us).

But probably you do struggle with your inner nature. Probably you do wish to engage in a career that jibes with who you really are. Probably you would love to be a member of a creative community in which you feel simpatico, accepted and appreciated. We all do.

If that is your situation … and if you dig ballet so much that you want to laugh at it too, do not miss REBELS ON POINTE. It will pointe out the rebel inside you.

REBELS ON POINTE has garnered a whopping list of film-festival accolades. So go!