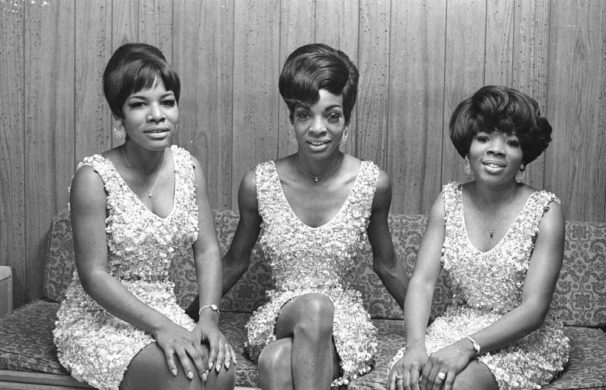 It’s difficult to witness the decay of present-day Detroit and reckon that the city was a booming factory town in the 1960s. While Detroit’s auto manufacturers put America in the driver’s seat, Motown Records flooded dance floors and came as close to dominating Top 40 radio as any domestic record label in history. Berry Gordy, Motown’s visionary CEO, entrusted the instrumental music to the protean aggregation of Detroit jazz musicians known as the Funk Brothers. They seemed to know just how to kick a song into the realm of the extraordinary. Producers were competitive — each trying to score bigger hits than the next guy. At its zenith, Motown seemed to generate a hit a week.

Hitsville USA, Gordy’s original label, gave us the Temptations, Four Tops, Marvin Gaye, Stevie Wonder, and more. But it was also a magnet for talented young black women: the Supremes, Martha and the Vandellas, the Marvelettes, Mary Wells, Brenda Holloway and Gladys Knight and the Pips. Wells was Motown’s first big success. But Martha and the Vandellas went from secretarial jobs and hand clapping to nearly a decade of hits.

With a voice straight out of an AME church, Martha Reeves had a special poignancy that spoke of a woman’s concerns. She could move from reflective resignation to a wailing lament within the space of “Love (Makes Me Do Foolish Things).” Motown’s biggest-selling group in 1964 not only had big hits (“Come and Get These Memories,” “Quicksand,” “Live Wire,” “Wild One,” “Jimmy Mack,” “I’m Ready For Love”), Martha and the Vandellas recorded anthems. “Dancing in the Streets” was credited with helping to cool urban riots across the country, while “Heatwave,” “Nowhere to Run” served as sonic emblems of Sixties Soul.

The Supremes took a different creative arc. Three girls from the Detroit projects — Diana Ross, Mary Wilson and Florence Ballard — went quite some time before “When the Lovelight Starts Shining,” their  first hit at the end of ‘63. By decade’s end they were the label’s biggest sellers. With Diana Ross’s mousey lead vocals and the group’s honeyed harmonies, they had enormous crossover appeal — riding the Dick Clark Caravan tours, appearing on The Ed Sullivan Show, and even starring in their own prime-time specials. Their personal stories have inspired stage, movie and TV treatments (Sparkle, Dream Girls and Empire), and their hits are legion: “Where Did Our Love Go,” “Baby Love,” “Come See About Me,” “Stop! In The Name of Love,” “Nothing But Heartaches,” “My World is Empty Without You,” and “You Keep Me Hangin’ On”). The Supremes eventually could only be heard at the biggest venues, like the Copacabana in New York and Cocoanut Grove in Los Angeles.

Few original Motown hit-makers remain: Smoky, Stevie and Martha and Mary. Shows like this don’t come very often. Catch what it was like when Motown stars were indeed the sound of young America.