The Chambers Brothers are an American soul band, best known for its eleven ­minute long 1968 hit “Time Has Come Today”. The group was part of the wave of new music that integrated American blues and gospel traditions with modern psychedelic and rock elements.

Like their West Coast contemporaries Sly and the Family Stone, the Chambers Brothers shattered racial and musical divides to forge an incendiary fusion of funk, gospel, blues, and psychedelia which reached its apex with the perennial 1968 song “Time Has Come Today.” 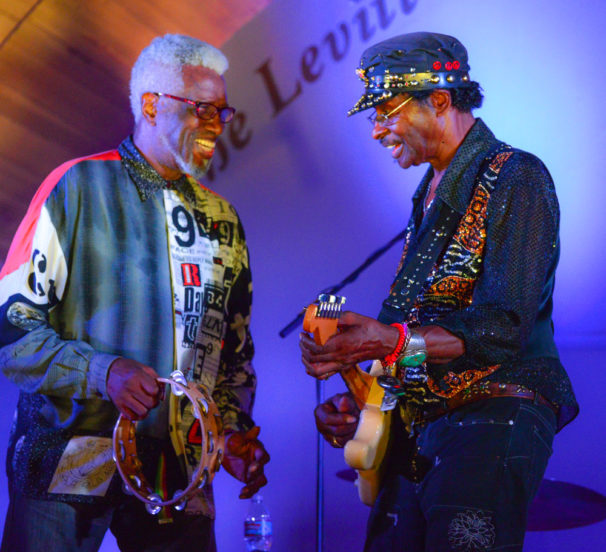 The Chambers siblings — bassist George, guitarist Willie, harpist Lester, and guitarist Joe, all of whom contributed vocals — were born and raised in Lee County, MS; the products of an impoverished sharecropping family, the brothers first polished their vocal harmonies in the choir of their Baptist church, a collaboration which ended after George was drafted into the army in 1952. Following his discharge he relocated to Los Angeles, where the other Chambers brothers soon settled as well; the foursome began performing gospel and folk throughout Southern California in 1954, but remained virtually unknown until appearing in New York City in 1965. The addition of white drummer Brian Keenan not only made the Chambers Brothers an interracial group, but pushed their music closer to rock & roll; a well-received appearance at the Newport Folk Festival further enhanced their growing reputation, and they soon recorded their debut LP, “People Get Ready”.