Greek tragedy in Alphabet City: the death of Lee Morgan 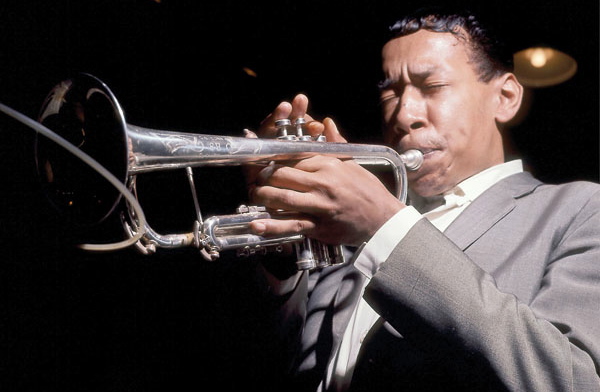 Trumpeters have the most tragic lineage of any instrument in jazz history. Car accidents, mental illness, congenital defects, drugs and alcohol have claimed some of the greatest players. But the murder of trumpeter Lee Morgan in 1972 was a laceration on the music that never healed. That a great but floundering musician regained his footing and then lost his life was horrible. That he was shot dead by the wife and caretaker who got him back on-track made it Greek tragedy.

Though a public act, the details of Morgan’s dramatic demise have always been sketchy until now. Swedish filmmaker Kasper Collin’s stylish documentary I Called Him Morgan superbly tells the story by assembling disparate first-person accounts including – incredibly – an interview with the Helen Morgan a month before her 1996 death.

Dizzy Gillespie found the 17-year old Philadelphia trumpet prodigy and put him in his big band. Lee Morgan (1938-1972) was slight of build and had big ears, leading musicians to call him Howdy Doody. But the youngster played with brilliance and narrative resource far beyond his years. He was also cocky and undisciplined. 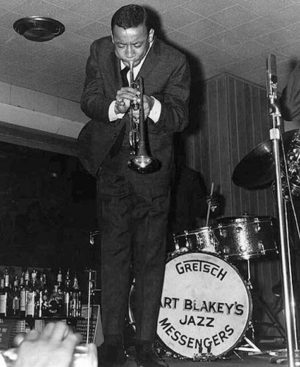 He cut his first album as a leader at 18, and Morgan soon graduated to Art Blakey’s Jazz Messengers, the flagship hard bop band. Sharing the front line with saxophonists Benny Golson and Wayne Shorter put Morgan in the musical pit and further honed his instincts. Drug addiction unfortunately followed and with it, a slide into chaos.

Helen Morgan was a country girl who gave birth twice by age 14, but left the farm and her children for New York City. She mixed well with people and made her way. A reputable cook, her door was always open and her Harlem apartment was a gathering place for night people. A strung-out trumpeter with missing teeth didn’t deter her ardor in the least. She found someone to mother and Lee Morgan found a lifesaver.

She encouraged him to enlist in a Methadone program and Lee made a reentry that impressed the jazz world. With Helen as manager-wife, the trumpeter was conscientious about business and found new expression with promising younger players.

Lee Morgan Live at The Lighthouse (Blue Note) recorded a triumphal Hermosa Beach run in 1970 and portended new directions. It looked as if the 33 year-old veteran had a second act coming. 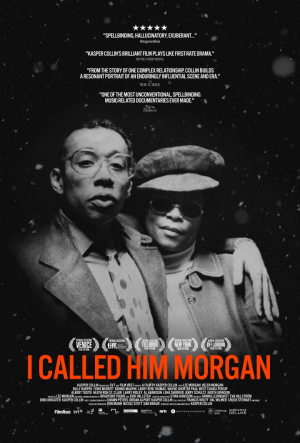 Back in New York, Morgan often played at Slugs’, a drug-infested hole in treacherous Alphabet City. As his reputation restored, Morgan took up with a younger woman. Helen had her worst suspicions confirmed when she saw the woman at the club. His disrespect for his wife was too much and she drew the weapon she bought at his urging. Shock ran through the jazz community. Bassist Jymie Merrit says: “Even today, I can’t go down that street.”

Collin assembled first-person interviews with musicians Wayne Shorter, Bennie Maupin, Jymie Merrit, Billy Harper and other Morgan intimates. But it’s a virtual deathbed interview from 1996 with Helen that runs through the film like a strand of weary-voiced barbed wire. Collin also unearthed rare home movie footage and a simmering 1970 live performance from the old Soul! TV show. The black-and-white photographs of Blue Note’s Francis Wolff add a dramatic visual subtext to a real-life story of love, passion and violence.