Must see, must hear: Maria Schneider big band at VPAC 2 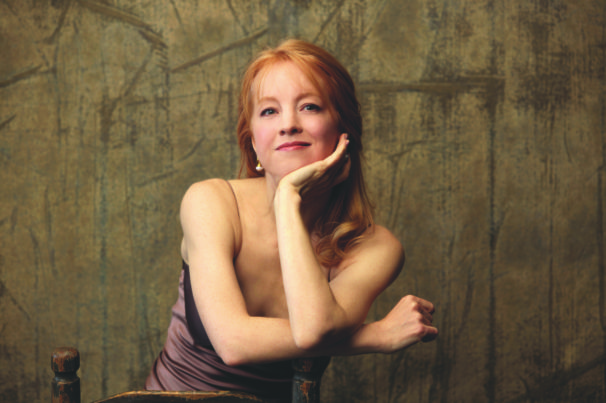 Maria Schneider’s ascendance is a Cinderella jazz story of sorts, albeit a long one. It surprises no one when she’s on the cover of Downbeat these days. But she first appeared as Best Original Composition award winner in the magazine’s 1984 student competition.

Subsequently she’s become one of the most distinctive and evocative contemporary composers. But she’s an infrequent West Coast visitor.

Touring with an 18-piece band is almost logistically and fiscally prohibitive; Schneider last set down in SoCal in 2007. Her Wednesday concert at the Valley Performing Arts Center combines the instrumental artillery of Schneider’s band and the exceptional acoustics of the space, making this a must-see proposition.

As one of the greatest working orchestral colorists, Schneider can conjure a myriad of emotions through her subtle gradations of tonal color and instrumental blending. Toward that end, her three years with the late Gil Evans as copyist and occasional ghostwriter was a priceless experience, as was her five years of study with another giant of jazz composition, Bob Brookmeyer.

Where Evans created harmonically rich orchestral settings for trumpeter Miles Davis, Brookmeyer’s charts challenged the Thad Jones-Mel Lewis Big Band with whipsaw swing. Schneider displays more classical music awareness in her writing than Evans and doesn’t utilize much of the thunder-and-blazes end of Brookmeyer’s spectrum. Like Evans in particular, she’s a stickler for calibrations of sound.

Schneider galvanized the jazz world last year with a tremendous release, The Thompson Fields (ArtistShare)–her first issue featuring the orchestra in eight years. It’s a song cycle of instrumental compositions that tap into the emotional memory and sense of place of her family home and environs in Minnesota. As an album, it’s nothing less than an object d’art, with oversize format, gorgeous color graphics and a book of notes by Schneider. 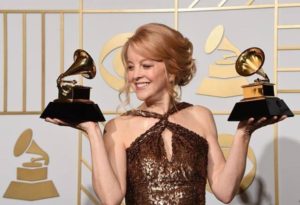 No one would mistake the music on the album for an ode to New York City or any other urban center. In these pieces the birds clamber among the river reeds, the dust hangs heavy in the barn, and the open sky is always changing colors.

Sure Schneider’s compositions can swing, but here she does it in a more recessed way for Thompson Fields. “Home” builds motion, intensity and grandeur not through velocity but the circling interchange between brass and reeds.

Hear a master in her prime on Wednesday.

2 thoughts on “Must see, must hear: Maria Schneider big band at VPAC”