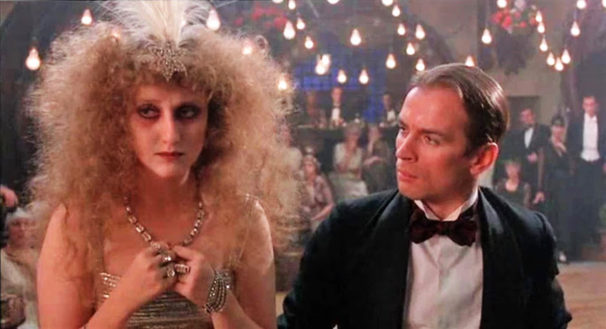 We’re ringing in a Happy New Year with a movie friend, Rudolf Nureyev, who stars in the Ken Russell biopic, “Valentino” (1977). Nureyev looks smart, doesn’t he, in his tuxedo pictured (above) alongside his festooned co-star, actress Carol Kane. 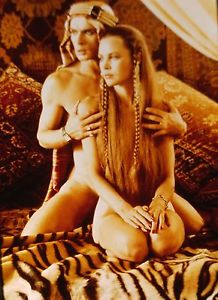 But I also enjoy seeing Rudi sans tux — casbah-style — putting the iron grip on Michelle Phillips who plays Natacha Rambova in the movie.

This longstanding film tradition opens the new year with some late-breaking news.

And in separate arts•meme news, we are pleased to announce that the blog, in being named one of the top ballet blogs (ranking #17 or 60) has been lauded as “a celebration of the fine arts with an accent on dance and film.”

We’ll drink to that. Happy New Year all!