Busby Berkeley brings it to Bette Davis in ‘Fashions of 1934’ 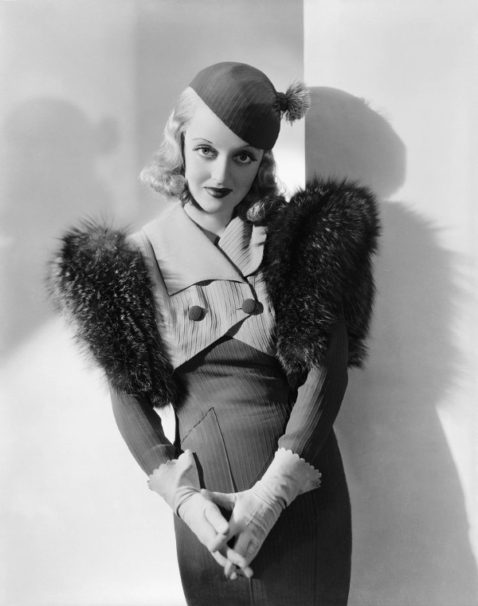 A great dance movie starring Bette Davis. Who knew? Apparently Film Forum director of repertory programming, Bruce Goldstein, did. He programmed FASHIONS OF 1934, smart and smashing in a 35mm print and preserved by Library of Congress, as part of Film Forum’s recent nine-day Busby Berkeley festival.

It’s a really good movie, well acted and perkily directed by William Dieterle. The writing is crackling too. If you’re a chick (as am I), it contains all kinds of well-packaged trigger points: Davis as a highfalutin’ platinum-blonde paired with the ever-wise-cracking William Powell as a fashion-industry con man. Its wonderful world of haute couture brings slinky gowns and naughty peignoirs by Orry-Kelly, and it’s staged on one of Warner Bros ‘faux Parisian’ back-lot settings.

But come on. The real reason to see “Fashions” is for Busby Berkeley’s molten ostrich-feather production number, “Spin a Little Web of Dreams.” Berkeley has a wonderful credit on the movie as well, “Dance numbers created and directed by Busby Berkeley.” Now, that’s dead clear, isn’t it? It makes certain you know that the choreographer directed the sequence.