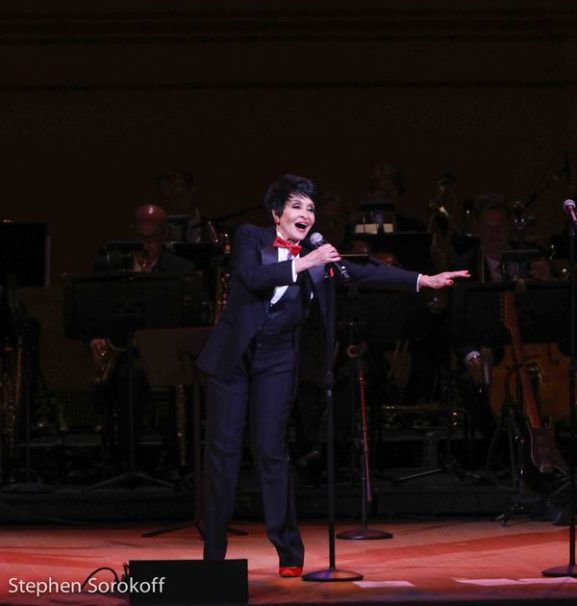 Holding court in her Carnegie Hall debut Monday evening, Broadway legend Chita Rivera gave gobs of pleasure and a pre-election-day boost to a very well-sold house. Prior to the show, a good many attendees swarmed the 57th Street sidewalk in anticipation of a special evening. 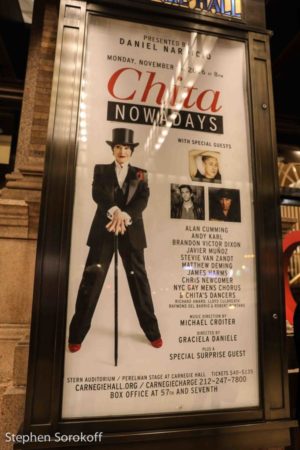 You have not heard an audience roar until you’ve heard it at Carnegie Hall. Acoustics!

Rivera, who suffered a tumble in December 2015, had to cancel early 2016 bookings. For her to bounce back, at a certain age, and take the stage as she did, singing and dancing for over 1.5. hours without really much break, was a daunting display for young’ins. Donning red heels throughout the performance was her ultimate touché.

Rivera paraded a stellar song list spanning touchstones of many of her iconic appearances in Bye Bye Birdie, West Side Story, Sweet Charity, The Rink, and last season’s The Visit. Stagings by choreographer/director Graciela Daniele connected the dots like butter. Kudos to the four leggy-and-angular support dancers who sprawled like spiders around Rivera. We could have used more of them. We could have used more of the The New York City Gay Men’s Chorus, whose gorgeous chiming in on West Side Story‘s “There’s a Place for Us,” brought out the handkerchiefs. 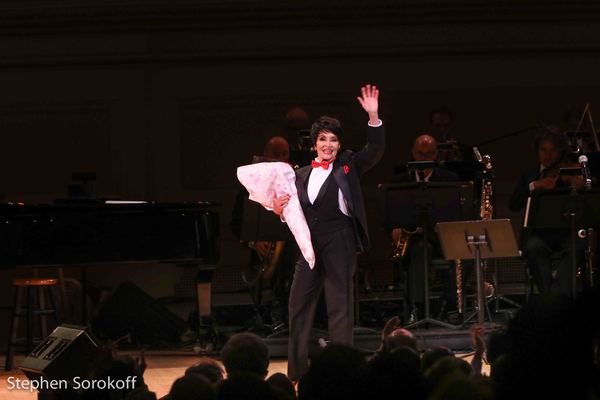 A zenith was Rivera’s masterful delivery of Jacques Brel’s “Carousel,” accompanied by violin maestro by Itzhak Perlman, a surprise guest artist. His virtuosic filigree layered onto music director Michael Croiter’s zesty orchestrations. The sound mix took a while to find its zen, and Rivera’s throaty low-calibrated voice, too, found increasing power over the course of the evening.

More highlights: “Got a lot of Living to Do,” powerfully sung with Karl. West Side Story‘s “A Boy Like That” with the signature growl — I cried. Kander & Ebb’s “Love and Love Alone” from The Visit.

A final memorable filip was Rivera’s stage exit, cha-cha-cha’ing toward the stage door in an improvisatory romp that screamed, “I love doing this and I never want it to end.”

All photos by Stephen Sorokoff for Broadway World. Thank you.