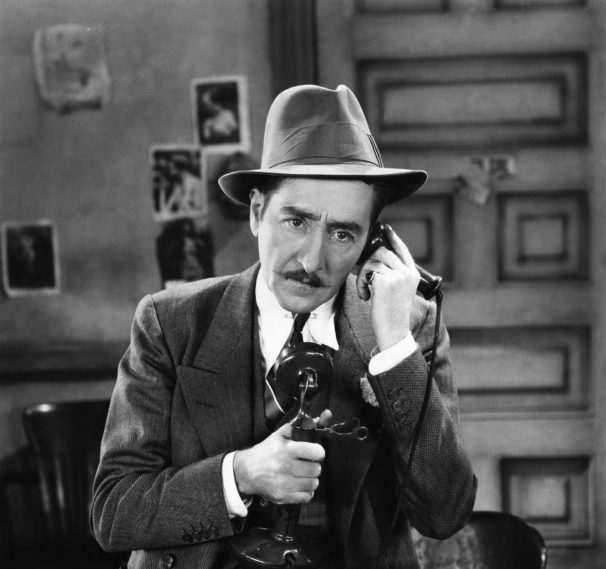 So very excited to see the restored (by the Academy Film Archive ·and the Film Foundation) first film version of Ben Hecht and Charles MacArthur’s 1928 Broadway comedy, “The Front Page,” which kicks off To Save and Project at the Museum of Modern Art.

According to MoMA adjunct curator Dave Kehr (he and curator Josh Siegel shape this much respected annual film fest now in its 14th year), the movie features “sharper gags, crackerjack timing, and an innovative use of extended takes by director Lewis Milestone.” We anticipate a rapid-fire, witty word fest.

In the film, which American audiences know better in its later permutation, “His Girl Friday” (1940), Pat O’Brien plays a Chicago newspaper reporter desperate to escape the clutches of his conniving, cynical editor (Adolphe Menjou) and live a normal life with his farm-fresh fiancée (Mary Brian).

“The Front Page,” writes Kehr, has long been available only in poorly duplicated copies of the foreign release version, which used second-best takes and dropped many specifically American cultural references. This new edition, projected in 35 mm, has been restored from a print of the domestic version discovered in the personal collection of producer Howard Hughes.