Why and when Ethel Martin started wearing hats

Yet another delicious show-business nugget from the plain-spoken Jack Cole dancer Ethel Martin, courtesy of the New York Public Library of the Performing Arts: 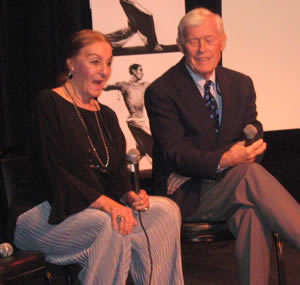 So out of working for Jack [Cole] at the Casa [the Casa Manana, Billy Rose’s night club] , Jack held auditions for Something for the Boys. He took me. He didn’t even really make me audition. I don’t know why. I had tried so hard at the Casa Manana, because I was enamored of his work and him.

I really didn’t have father, he was a father figure to me, in a way. Quite a father.

I looked up to Jack. He was the first really strong male that I knew, who was so talented that I just didn’t know why he even wanted to talk to me, but he did. And he used to take me next door to Ruby Foo’s all the time. Ruby Foo’s was right next door to the Alvin Theater, and for some reason, he used to want to go out with me. And I used to sit there; all the time I said to myself, “I don’t know why. I don’t know why he wants to go out with me.” 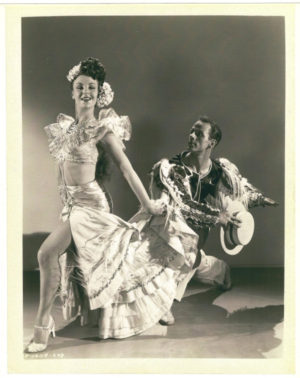 I didn’t have any background to talk about. I had not lived the life so I could tell my anecdotes. But for some reason I amused him, so that was a big help for me. And I did Something for the Boys and the impresario, because that’s what he was. He was from Europe. He was not a director. He the overseer of the glamour and the taste of the show.

Hassard Short. Very famous. We were rehearsing in the winter. He came in with a mink-lined coat. I thought, “Oh is that a thumper?”

So anyway, when I got picked for that, they stood us in line. (When you’re chosen, you stand there, smiling.) And he said, “This show is going to pay $40 a week, but the girls are going to get $45.” 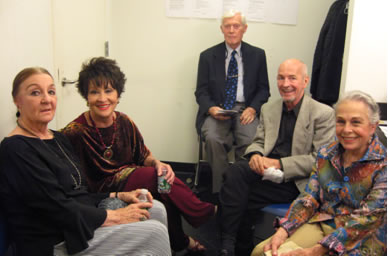 And this I’ve always remembered … He said, ‘That is because you have a responsibility. You come in and out of the theater. The people who come to the theater think you are magic, and I never want to see a girl in a bandana and I never want to see her in curlers. You use this money to look and be what you are supposed to be. You bring glamour into those people’s lives. That’s a big responsibility and you must never forget it.’

“That’s why I started wearing hats, I guess.”