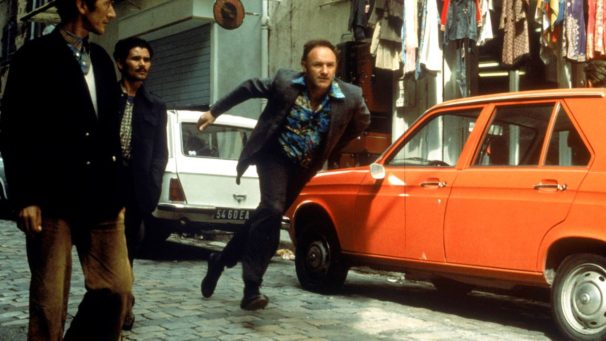 Reverence reigned in the room; it was a stirring evening of movie worship. An enthralled, somewhat dazed, audience emptied onto Wilshire Boulevard only at 11:30 pm, following the 45th anniversary screening of THE FRENCH CONNECTION (1971) hosted by film critic Stephen Farber for Laemmle’s Anniversary Classics. In a post-screening Q & A, the movie’s director, William Friedkin, at 81 a giant of a man, stood astride the stage of the Ahrya Fine Arts Theatre. Clutching a hand mike, he ruled the roost in a strident, borderline-boisterous manner. It was such a memorable night. 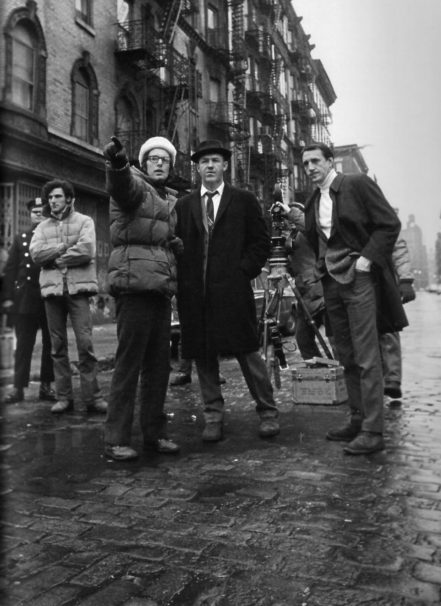 And that movie. It’s a hurtling spitball of gritty determination  electrified by high tension (film doesn’t merely include a great car chase; the entire movie is itself a massive chase scene). Its in-your-face title sequence, set to sour jazz sprinklings, shrieks a greeting; it then forcefully careens to its violent and ambiguous finish.

Projected on a big screen, flick emits a fragrant bouquet of male sweat, acid-coffee, sleeplessness, cheap cigarettes, grimy precinct houses, bars where only bad things happen, cruddy cars, tired women, burnt-out cops for whom “career change” is not an option, all redolent of New York in the seventies. Those were the good old days!

Friedkin’s spiel: How as a young filmmaker he met Howard Hawks. How Hawks did not encourage him to make The French Connection. How Peter Boyle turned down the role of Popeye Doyle. How far down the list was Gene Hackman and how Friedkin had to push Hackman to take more risks. How casting Fernando Rey was a total mishap, a balls-up. How the car chase got shot without proper city permitting. (“We had no permission to do any of that except shooting on the elevated train. We just went out and ‘stole the shots.'”) 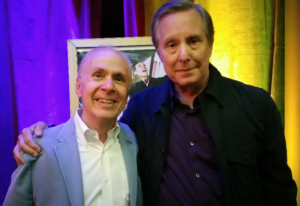 “We had one camera over his shoulder, one in the passenger seat, we had one take going 90 mph, driving the wrong way down the street. I would never do that today. I was very stupid, arrogant and I had no respect for human life — neither my own or anyone else’s.”

How a guy named “Fat Thomas” (Friedkin met him through writer Jimmy Breslin) helped find New York City locations. How the narcotics cops of the era were not racist, but “This is how they worked. That’s what they did. A lot of it was survival. They held court in the street and they got away with it. These guys were not bad eggs. They made a lot of collars.” Subsequently, “we’ve lost the war on drugs.”

How winning his Oscar for best direction affected him: “I didn’t expect it. It made me even more arrogant,” he said, then added, “That’s when I realized I was an artist.”