A b*stard by any other name: Robert Cenedella 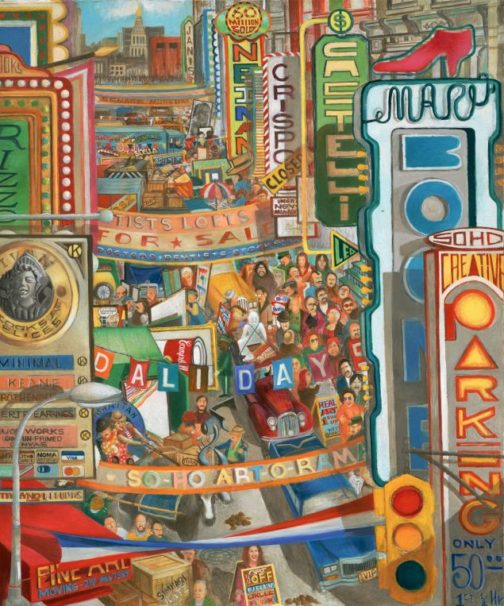 The painter of the work above, Robert Cenedella, is the subject of a new documentary, ART BASTARD, soon to open in Los Angeles. Film is touted as the tale of a rebel at odds with today’s art world.

Directed by Victor Kanefsky, “Bastard” is a portrait of New York artist, a contemporary of Andy Warhol who set himself up in the ’60s as the anti-Warhol. At once a portrait of the artist as a young troublemaker, an alternate history of modern art and a quintessential New York story, ART BASTARD is as energetic, humorous and unapologetically honest as the uncompromising man at its center.

An accompanying exhibition of Robert Cenedella’s chock-filled and colorful canvases will hang at the newly refurbished Monica Film Center concurrent to the doc’s opening there.