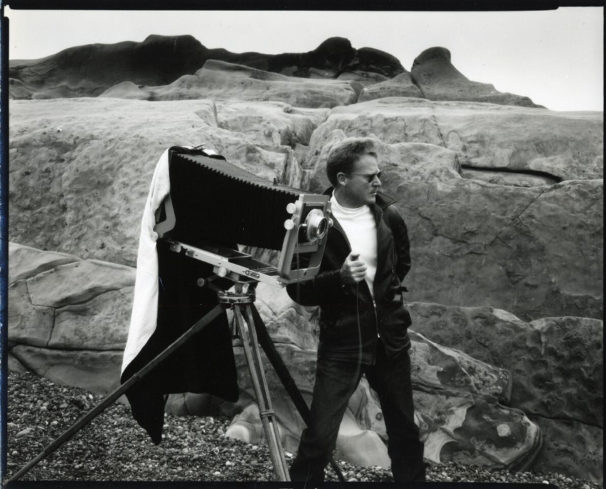 You’re forgiven if the mention of an exhibition of historic photographs by an artist named Weston suggests Edward Weston (1886-1958). The pioneering photographer gave a modernist profile to Southern California with his soft-focus studies of light and texture and their attendant implied narratives. The Pasadena Museum of California Art currently hosts a potent show of work by Edward’s lesser-known son, Brett Weston (1911-1993).

“Brett Weston: Significant Details” is a 42-image cherry-pick from 60 years of work. They indicate an eye with an idiosyncratic viewpoint. An ice floe near a glacier is a barely discernible set of shapes, textures and values. Clashing San Francisco stairway banisters converge almost violently. The internal luminosity of a shell-like organic form is a jellyfish. Or is it? 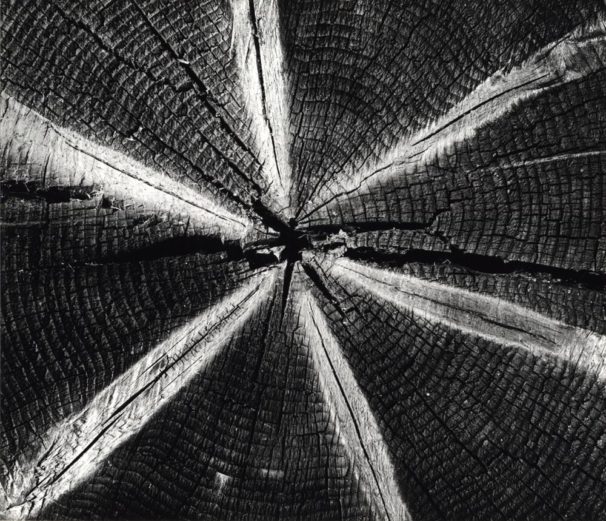 Weston had the ability to see abstraction in the commonplace—especially in nature. His images utilize the panoramic to extreme close-ups, and it’s not always apparent which you’re looking at. He admirably stuck to his esthetic for the rest of his career.

A Glendale native, Weston picked up a camera in his teens. His father encouraged his interest, steering him to important exhibitions. Curator Erin Aitali sees that paternal pride as a mixed blessing. “The family name undoubtedly made it easier to for a teenager to get into high-profile shows,” she believes. “But they didn’t get a junior version of Edward; Brett’s work is distinctive. His father’s images operated in a tonal mid-range; Brett’s use very dark blacks and very light whites. The glossy papers he used played up the contrasts.”

The younger Weston took documentary photos for the Works Progress Administration during the 1930s and later shot while he was in the Army Air Corps. In both cases, he worked to the specifications of others. After his service, Weston went back to his own mode of expression. “You can’t really discern different periods in his work,” Aitali holds. “He seemed to have his personal vision as soon as he picked up a camera at 14; certainly he had it when he went to Mexico in 1926.” 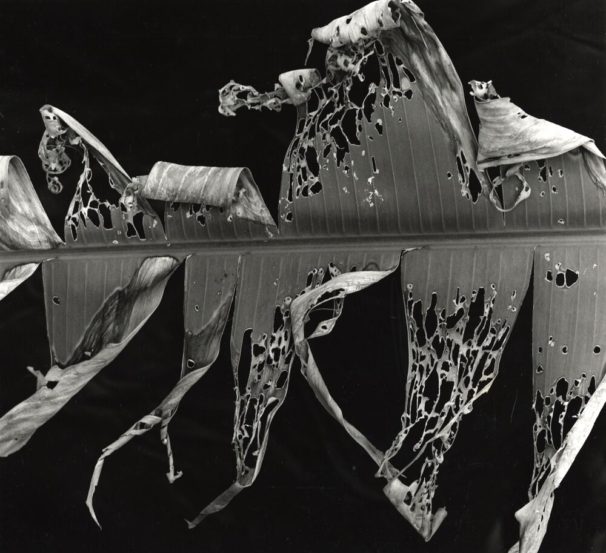 A textural study of angled shapes is actually a set of Mexican tin roofs. The what-do-you-see quality of the assembled work can make viewers doubt their perceptions. Silky sand dunes suggest skin textures. “He did do some portraiture and figure work,” Aitali points out. “He had a pool built with a glass wall and he shot some underwater nudes. But they’re quite interpretive and distorted; Playboy published some of them in the ‘80s.”

34-year old Aitali had her MFA in art history from U.C. Davis when she interned at the Crocker Art Museum in Sacramento. “That’s when I saw my first Brett Weston prints,” she reveals. “I was impressed by the punch of those images.”

“I want people to see Weston’s work on its own terms,” she states. “It plays up the drama and the tonal variations. His photos require the eye to slow down and really observe. You’re not always sure what you’re looking at but I don’t think any association is wrong. He traveled—to Hawaii, Mexico, Oregon, Carmel, Europe—and found things that excited him no matter where he went.”

One comment on “It’s in the details: California photographer Brett Weston @ PMCA”