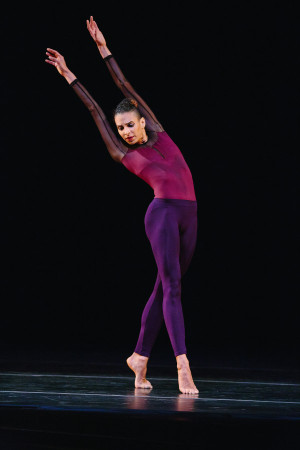 In the photos, captures from “So You See,” a stand-out work in the rich program presented by Garth Fagan Dance at the Nate Holden Performing Arts Center last weekend. Choreographed in 2015 by longtime Fagan dancer Norwood Pennewell, to a jazz score by Marc Carey and Vijay Iyer, the work enjoyed two outstanding performances by Fagan women: Adriene Barber and Sade Bully, a gorgeous and sinewy West Indies-reared dancer.

The kernel of the evening, “Fete Bacchanal” set to gentle steel-drum calypso and spoken word, was choreographed by Fagan as a tribute to the great choreographer/designer/visual artist Geoffrey Holder whose theatrical innovation in “The Wiz” inspired Fagan’s work on “The Lion King.” A surrogate couple meant to represent Holder and his wife of 59 years before his recent death, dancer Carmen de Lavallade, generated force at center stage. Fagan surrounded the duo with an insistent, pulsing parade of the living. The work’s sweet tone touched an almost primal chord of the possibility of enduring human intimacy. Its shimmering kindness brought tears. 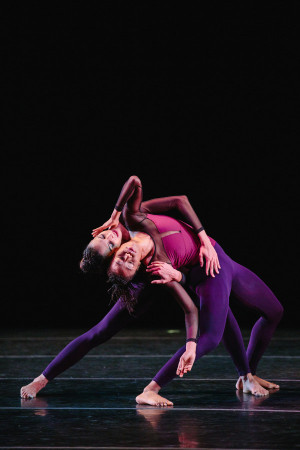 The Fagan company, a handsome klatch of strong, individual performers both sassy and serious, over the course of an evening (perhaps overly long by one number) threw down a textbook version of how to lead an audience through a wide-ranging emotional journey. Never straying from the sweat-inducing delivery of Fagan’s thicket of technically demanding, punctilious-in-time-and-space choreography, the dancers maintained not only high integrity but a kind of performance mastery that only Fagan’s 45 years directing his company can bring. It’s a cautionary tale to the many contenders among Los Angeles dance companies that reaching and satisfying audiences is a developed skill that cannot be short-circuited.

The performance was marred by skimpy curtain-legs that gave off direct views into the Nate Holden theater wings. It broke the magic.