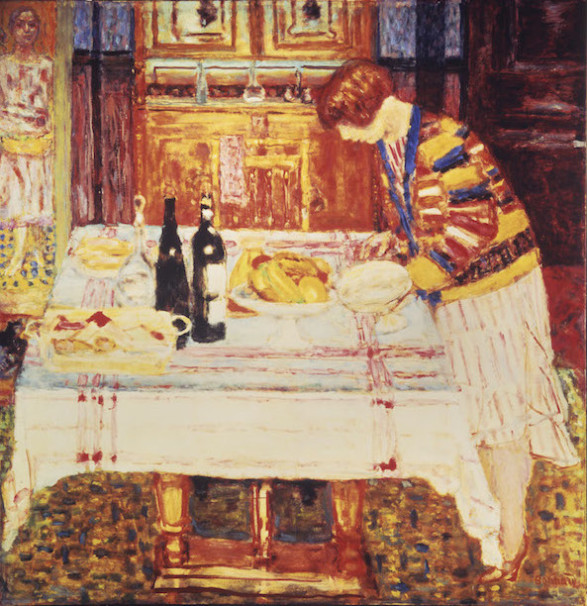 Love the work of French artist Pierre Bonnard and his inimitable ‘interior’ paintings, an example, “Apres le repas,” from 1925, above. That’s just one canvas of a huge trove of French and other European art bequeathed last November as a major gift to the Los Angeles County Museum of Art (LACMA) by the Los Angeles-based philanthropist and Univision CEO, A. Jerrold Perenchio. The business tycoon/collector is pictured with LACMA’s ebullient CEO, Michael Govan, below. This gift, such a beautiful happening for the County Museum. 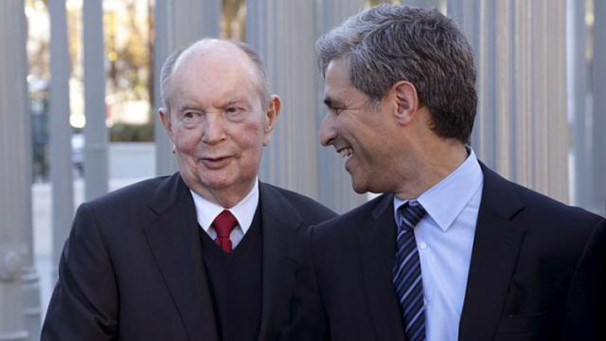 The promised gift, worth an estimated $500 million, will transform the museum’s collection of 19th and 20th century European Art. Consisting of at least 47 works including paintings, works on paper, and sculpture, the majority of the collection is focused on the 1870s through the 1930s, an era that gave rise to some of the most radical and inventive moments in the history of art. The Perenchio collection highlights include:

At the donor’s request, a new building to be designed by Swiss architect Peter Zumthor, will house the collection.

More details and photos may be found on the LACMA blogsite, Unframed.