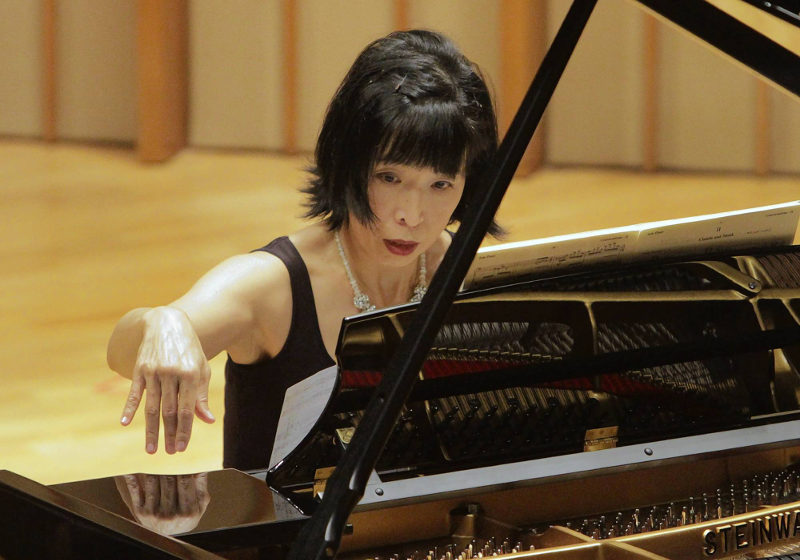 We’ve cruised through many chamber-music concerts spellbound by the exceptional artistry of pianist Gloria Cheng whose nearly demonic devotion to contemporary classical music invariably ramps up the entire evening … and she only plays with the best. But we’ve never enjoyed the pleasure of the Great Gloria in solo concert.

This problem will soon be remedied when Piano Spheres 2014-15 season comes to an close with Gloria Cheng delivering a program of 21st century repertoire including a world premiere by Steven Stucky’s Sonata, along with works by Ingram Marshall, Karen Tanaka, Eric Nathan, Brett Dean, Unsuk Chin, Pierre Boulez, and Jonathan Harvey.

Don’t be afraid! Cheng has selected “Lyric Modern” as her program theme, presenting composers with distinctive approaches to an affective lyricism in their music, in conflict with reputations as severe modernists.

Among the offerings, Sonata, from Pulitzer Prize-winning American composer Steven Stucky, was commissioned by Piano Spheres with support from New Music USA. Steven Stucky is one of America’s most highly regarded and frequently performed living composers. ”

French composer, and-multi Grammy winner, Pierre Boulez is one of the most influential composers and conductors of our time. He draws a comparison between his music Une page d’éphéméride and fish in an aquarium “the fish hover motionless for a long time…then all of sudden take fright at something and flit like an arrow.”

Jonathan Harvey was a British composer who was influenced by cathedral music, Britten and the Schoenberg School; he drew inspiration as well from Messiaen and Stockhausen. Tombeau de Messiaen expresses Harvey’s deep feelings about the loss of this great composer who had died in 1992.