Mitzi Gaynor to “go on with the show!” @ “There’s No Business … ” screening

We are so looking forward to big screen viewing, on its 60th anniversary, of 20th Century-Fox’s star-studded Cinemascope colossus, THERE’S NO BUSINESS LIKE SHOW BUSINESS (1954) next Tuesday, Dec 9 at the Regent Theater. 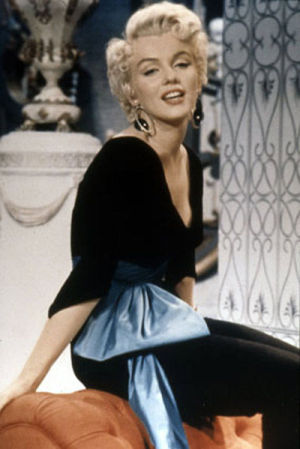 The film score includes the title song There’s No Business Like Show Business sung by Ethel Merman, Heat Wave, performed by Marilyn Monroe, A Pretty Girl Is Like a Melody, Alexander’s Ragtime Band, and Play A Simple Melody.

Actress, singer, and dancer Mitzi Gaynor (My Blue Heaven, Anything Goes, and South Pacific) will appear at the screening in-person, interviewed by film critic Stephen Farber.

Looking forward to seeing Jack Cole’s good-taste-challenged “Heat Wave” number for Marilyn as well as his staging of “Lazy,” and “After You Get What You Want, You Don’t Want It.”

A fun backstage photo of the filming (below) reveals a super-young chorus boy George Chakiris seated way to the left — the camera catches him hanging out, happily, behind the main roster of stars in the movie. Chakiris hoofs as a featured dancer behind Mitzi in “A Sailor’s not a Sailor (til a Sailor’s Been Tatooed).”

Chakiris has even more traction in the historic making of “There’s No Business …” He was one of four men in the original “Heat Wave” number choreographed by Robert Alton. One fine day, Marilyn came onto the lot to see her number. She quietly thanked Alton and the dancers and left. The next day, Jack Cole started to create the current “Heat Wave,” alas replacing George and the Alton men with his own posse of killer male dancers, prominent among which the great Matt Mattox. 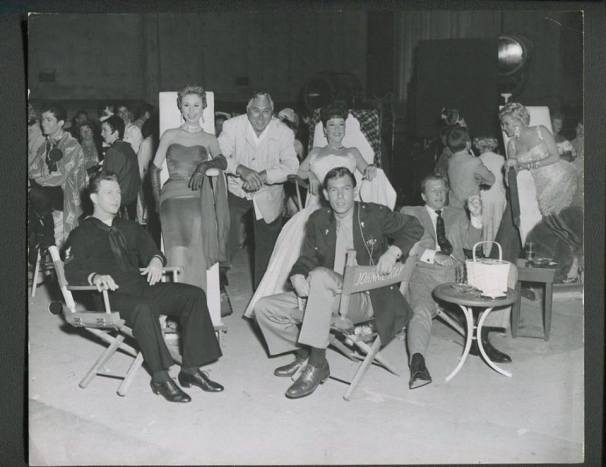