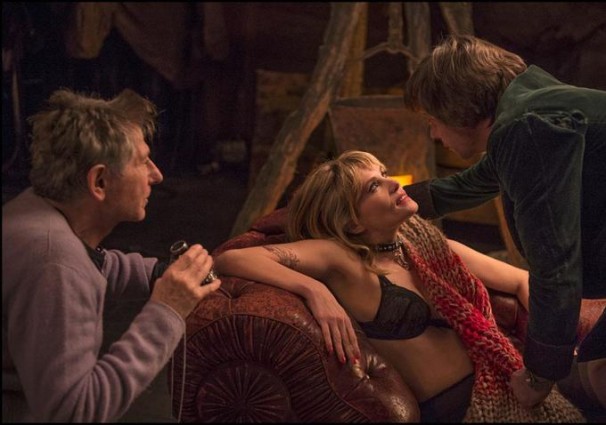 The wonderful French film festival in Los Angeles turns 18 this year. A big draw amongst the 41 feature films on view in the festival: Roman Polanski‘s riveting direction of “Venus in Fur” with a killer courageous performance by Emmanuelle Seigner. A little disappointing that it’s not a truly auteur film; instead, it’s based on the David Ives theater piece dating from 2010 that spools a sado-masochistic encounter between an actress and playwright. A wild, brutal, and brave Polanski-ish ride.

Any movie by our greatest living film director a must see.

The film also stars Mathieu Amalric, cast nearly as a Polanski surrogate. Recommended for women … gives a confidence boost, even without the leather boots!

COL•COA opens Monday April 21 with a big party and the North American Premiere of “We Love You, You Bastard,” the new film directed by Oscar winner Claude Lelouch and starring Johnny Hallyday, Sandrine Bonnaire and Eddy Mitchell.