That Doc Severinsen is a natty dresser is well known. But when he hit the stage of the Valley Performing Arts Center Friday night clad in orange shirt, red pants and a blue, sequined paisley jacket, it took several moments for the rich visual effect to sink in. With unabated high energy, the 86-year-old trumpeter, the former music director of “The Tonight Show,” kicked off a hugely satisfying evening of great American music, big-band jazz, pulling in his wake his blazing (and much younger) orchestra … and an entire audience. 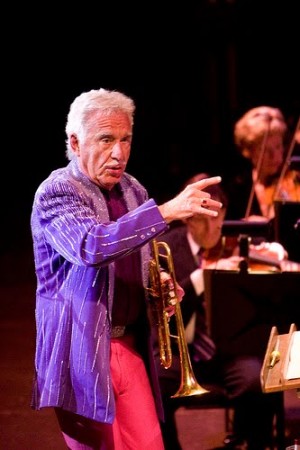 First up — and not incidentally as the bandleader advised, in introducing the song, that being happy, “puts the world in your hand” — a blast of horns catapulted into “I Want to Be Happy.” Here Ella Fitzgerald fronts the Chick Webb orchestra in the ditty dating from 1925.

Severinsen still blows a mean horn. But he also surrounds himself with superb musicians with whom he generously shares the spotlight. Outstanding was the band’s prodigious, bell-clear drummer Stockton Helbing, who in his massive percussion onslaught of Benny Goodman’s “Sing Sing Sing” appeared utterly unfazed by the memory of (Goodman drummer) Gene Krupa’s thundering style. Song by song, out poured jazz classics: Count Basie’s “Jumping at the Woodside” got a sizzling solo by tenor saxman Ernie Watts; then came W.C. Handy’s “St. Louis Blues” and Tommy Dorsey’s “Well Get it.” 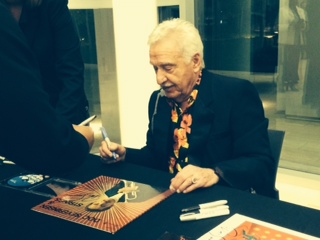 A personal favorite, “What’s New?,” Severinsen informed us, was written by Bob Haggart, an original member of the “The Tonight Show” house-band, which the oldster oversaw for 30 years — from 1962 to 1992. Good lord, that’s a long run. 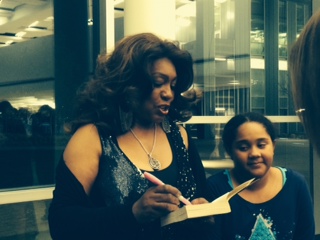 Adding even more nostalgia to the night was songbird Mary Wilson, a founding member of the original Supremes, elegant in a long silver-lame, side-split gown and ably supported as a chanteuse by the Severinsen band. Teamed with two back-up singers, Wilson celebrated several of the 12 number-one hits with which the Detroit-based girl-group pummeled pop music charts fifty years ago, starting in 1964.

Exceptional to re-encounter was “The Happening” from 1967, all the more marvelous for the presence in the audience of Eddie Holland, of Motown’s legendary creative team Holland, Dozier, Holland. Righteously, Wilson gave him a shout-out.

2 thoughts on “A doctor in the house: Doc Severinsen @ Valley Performing Arts Center”