To the classical chestnuts of many a holiday season — Messiahs, Nutcrackers, Oratorios, Bats and Holy Nights — as essential and perennial as those roasting on that open fire, perhaps add the delightful confection that is Offenbach’s Fantasio.

The London premiere, 141 years after its abortive Parisian outing in 1872, was a joint project of Opera Rara, whose mission of the past forty years has been to bring near-forgotten 19th century repertoire into the present day via concert performance and recording, and the Orchestra of the Age of Enlightenment, one of world’s most accomplished and ever-evolving period instruments ensembles under the baton of Sir Mark Elder.

Even for comic operetta the story is silly and slim: a melancholy — and of course broke — Munich student with leadership qualities, Fantasio, mesmerized by the grace and beauty of the teenage Princess Elsbeth as she laments her imminent nuptials to the extremely pompous Duke of Mantua, decides to sabotage said wedding – and evade his creditors – by disguising himself as the court’s recently deceased jester, Saint-Jean. After genial bits of stuff and bother, he succeeds. In comparison that old familiar Bat is Goethe; but oh, the music! All musical contributions were excellent, the cast, the Opera Rara chorus, the expressive and sprightly band, with Elder offering a surprise acting and singing turn from the podium as a grumpy tailor to the delight of all assembled. I wondered why Offenbach chose to make the lead a pants role until I heard the harmonic magic conjured between the always glorious mezzo Sarah Connelly as Fantasio and American soprano Brenda Rae as Elsbeth. In a strong field, Rae was the breakout runner. One couldn’t always discern the words of her sweet and soaring coloratura, but how much sense does any lovelorn 16 year old make? Where and how the voice soared was what mattered. Gossamer, all of it, generally sprinkled with fairy dust. I do hope they record it. 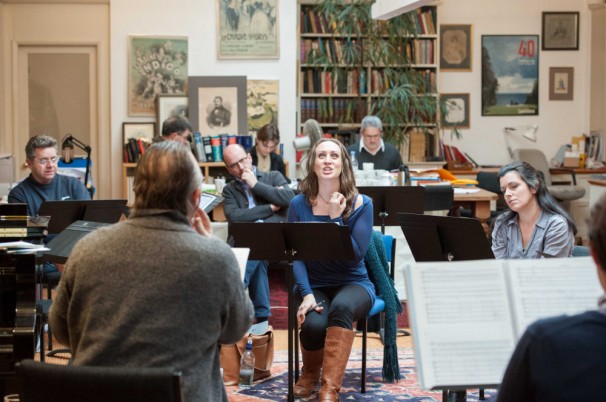 One comment on “Chestnuts roasting in London … to Offenbach’s “Fantasio””