“Gravity” and the Spirit of Sandra Bullock 1 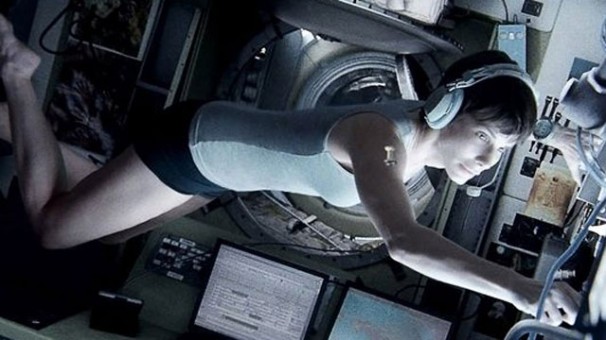 For all of its ominous forecasts of artificial intelligence run amok, Stanley Kubrick’s “2001: A Space Odyssey” was a response to an era of great optimism for the prospects of manned space flight and exploration. There was no reason to feel otherwise: the U.S. Apollo missions, ongoing during the making and release of “2001,” and the Apollo 11 moon landing a year afterwards, foretold a limitless future for humans in space. “2001” wasn’t ‘science fiction’; it was ‘science fact.’

This is a tiny but fascinating genre (far bigger in books than in the movies) that includes “2001” effects designer Douglas Trumbull’s dreamy “Silent Running” and Ron Howard’s characteristically clunky “Apollo 13.” Fantasy is dispensed for the rigors of actual outer space experience, the tools, the sheer boredom, the sudden accidents, with depictions always grounded in science. George Lucas flirted with science fact in his best and darkest movie, “THX 1138,” and then decided to kill it off for good with “Star Wars.” 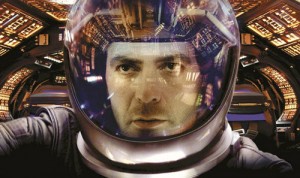 ience fact won Oscars but didn’t excite, and science fact remained moribund, until now. Alfonso Cuaron’s “Gravity” marries science fact with the sheer poetics of being in space—its sense of dance in zero gravity, the visual thrill of there being no true up/down/right/left, the horrible beauty of action painting.

Rather than a response to humans’ reach into space, “Gravity” is made with the memory of the 1986 Challenger space shuttle disaster. For at least two generations, space exploration is fraught with danger and disaster: Catastrophe can happen before even leaving the Earth’s atmosphere, so best to stick close to the mother ship.

This is why, beyond Sandra Bullock’s medical doctor/astronaut Ryan and George Clooney’s astronaut pilot Kowalski, the only other character in “Gravity” is the ever-present Earth below them, a massive orb that Cuaron’s camera holds onto as an ever-present background. Their mission’s purpose is to improve scientific and medical tools back home, not exploration. The astronauts relieve any stress they might feel as they work (or walk) outside their American ship by telling stories about funny episodes back on Earth.

As the best of “Los tres amigos,” the fabled Mexican triumvirate of star directors (includes Guillermo del Toro and Alejandro Gonzalez Innaritu), Cuaron made his breakthrough movie, “Y tu mama tambien,” with a jokey sense of storytelling’s power to transcend. In “Gravity,” storytelling becomes a matter of life and death, with his humans finding that stories may be the only way to survive disaster.
Cuaron fuses this with a strategy that makes the viewer thrill at the undeniable beauty of the images of the American ship shattered by an orbiting wave of debris (caused by a Russian spy satellite destroyed by Russian missiles), and later, in an astonishing sequence that’s the first case in movie history where IMAX 3D shifts from sheer spectacle to art, a Russian Soyuz ship ironically obliterated by the same debris. 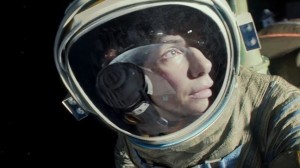 But he reserves his greatest excitement for Bullock. It isn’t just how his camera sees her in every possible angle to express states of vulnerability to strength—from a mere dot in deep space to ultra-close-up on sweaty facial pores to a final low-angle shot in which she becomes a giant Amazon-like creature—but in the space and time she’s allowed to become Ryan.

She recalls James Stewart’s mesmerizing solo performance as Charles Lindbergh crossing the Atlantic alone for a nearly 25-minute sequence in Billy Wilder’s “The Spirit of St. Louis,” each alone with their thoughts, fears, sometimes uncertain command of their control panels, their shaky hope of getting back home. Bullock’s Ryan travels very little space, but her emotional journey is as vast as the Norse epics. The spirit of Bullock, who has become an actor of seemingly unlimited range, is what Cuaron captures, and defying disaster, takes flight.

One comment on ““Gravity” and the Spirit of Sandra Bullock”