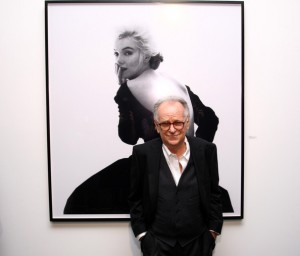 It doesn’t matter that “Bert Stern: Original Madman” falls short in depicting the hectic life and work of the go-go photographer of the sixties.

The documentary, a first major effort by Shannah Laumeister, is unevenly told, biased toward the actress-turned-director’s own personal relationship with Stern, and values cheap story elements over artful ones.

Yet the film succeeds because it brings attention to Stern’s massive influence on the art of portraiture and commercial photography.

Raised in Brooklyn, essentially uneducated, during the Depression, Stern crossed into the magic kingdom of Manhattan ready to learn. He spelunked the canyon of Madison Avenue, grabbing at opportunities in publishing and advertising, then in post-War take-off. Considered along with Richard Avedon and Irving Penn as a key influencer of commercial photography, Stern held equal passion for promoting Smirnoff vodka and getting laid.

It is challenging to savor, or even take in, Stern’s marvelous images (the most successful ones are based on triangular configurations, so explains the film) given how rapidly Laumeister races through them. 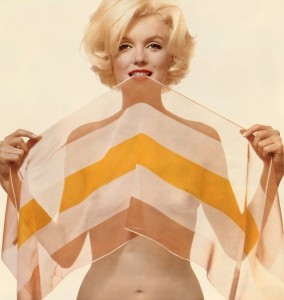 The exception is the exquisite trove of Marilyn Monroe material Stern shot for Vogue Magazine six weeks before the actress’s suicide. In this so-called “last sitting” (despite the model being propped in bed for a good many of them), MM, fueled by Dom Perignon, taunts the camera (and the the sexy photographer behind it), toying with chiffon scarves and jewelry.

The three-day shoot took place at the Bel Air Hotel, and the forest-glen hostelry’s perfumed air permeates the pictures. The exposures transcend the earthly plateau, capturing a startling melange of the actress’s unfathomable beauty, her vulnerability and emotional pain, juxtaposed by her aura of sexual availability. Even a black gash of a surgical scar on her belly is on display; all jarring, all plaintive, all disturbing.

In the context of the documentary, the Monroe chapter would be low-hanging fruit were it not so great. The film also offers a disturbing portrayal of aging in America. Stern, who famously married Balanchine ballerina Allegra Kent among others, had it all; then he lost it; then the dexie-popping speed freak shot rainbow-colored meds for “The Pill Book,” re-making his fortune. Concerning old age, Stern mutters miserably, “I shouldn’t have been so happy so young. I should have saved it for now. Now I should be happy. When I need it.”

How carelessly titled is this movie, borrowing from a television series. Nonetheless, I’m glad I saw it. Here is a slideshow of selections from Stern’s absolutely amazing portfolio, courtesy of CNN.