Meredith Monk muses on “our intimate connection to nature” 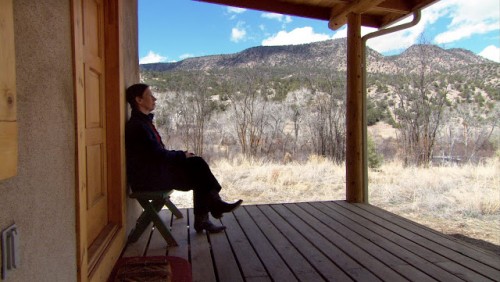 Perusing program notes after enjoying Meredith Monk’s wonderful ensemble of songbirds at CAP-UCLA last night, I was moved by the veteran performance artist’s statement. After a bruising week of human destruction, with cataclysms in Algeria and Moscow, where the head of the Bolshoi Ballet was horribly attacked, the essay struck me as tonic. Writes Meredith Monk:

As I began working on On Behalf of Nature, I asked myself the question: “how would one create an ecological art work that didn’t make more waste in the world?” Live performances don’t leave traces except, hopefully, in the minds of audience members. This ephemeral aspect is both poignant and exhilarating. Sometimes, though, the desire for novelty and surface excitement leads to buying a lot of new things, spending a great deal of money for an experience that lasts only a few hours. I wondered how one could make an alternative to that. 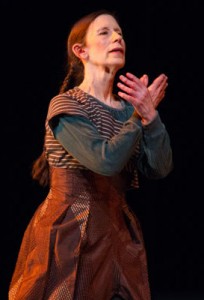 I started thinking about the French anthropologist Claude Levi-Strauss and his notion of bricolage: the process of assembling or making something from what is already at hand. In pre-industrial societies, one object could function in many different ways by an act of imagination. We now speak of this process as re-purposing. Yoshio Yabara, our costume designer, implemented this concept by creating new garments with unique shapes for each performer, fashioned from his or her old clothing. Each costume inherently included aspects of that performer’s personal history contained in the original garments. This idea of spiraling around to the past to make something completely new is also a way of appreciating what is here in the present and working with waste we have. The same principle extends to other elements in On Behalf of Nature as well.

One of the early inspirations for On Behalf of Nature was an essay by the poet, Gary Snyder, entitled, “Writers and the War Against Nature.” In it he writes about the role of the an artist being that of a “spokesperson for non-human entities communicating to the human realm through dance or song.” This act of compassion, of “speaking on behalf of nature,” embodies and gives voice to those forces that often go unrecognized. On Behalf of Nature is a meditation on our intimate connection to nature, its inner structures, the fragility of its ecology and our interdependence.