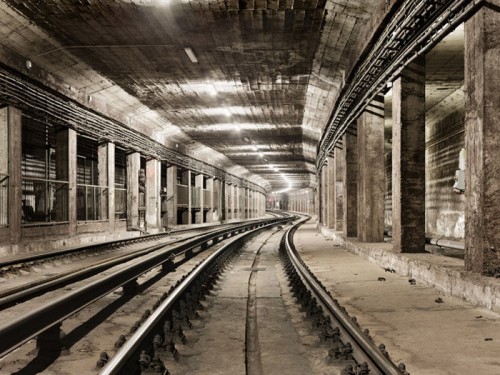 What a strange and intricate moment when composer Peter Eötvös’s Korrespondenz, Scenes for String Quartet opened Jacaranda’s “Fierce Beauty” program Saturday night in Santa Monica. The Calder Quartet played the 1993 work with Eötvös in the room, making the occasion extra special. The global music luminary is visiting Los Angeles from Hungary for a week of performances with the L.A. Philharmonic.

At intermission, the dapper, grey-haired maestro, between sips of coffee, admitted to being “very, very happy” with the Calder’s delivery of his seminal work.

The three-sectioned piece, Eötvös’s sole outing in the string quartet format (a new quartet is under development, so says Jacaranda chief Patrick Scott), started with the sound of swooning, as violinists Benjamin Jacobsen and Andrew Bullbrook pulled at their bows, tracing into the air arcs of sound. The players swooped, they bent and curved their notes. Then they plucked, plopping fat raindrops onto a dry surface. The work’s loosely woven fabric cinched in and a crescendo rose. The full Calder clan buzzed, their notes jamming together. Then the terrain cooled considerably … a warped air-raid signal emerged… or was it the whine of a police siren … only, super-far away? 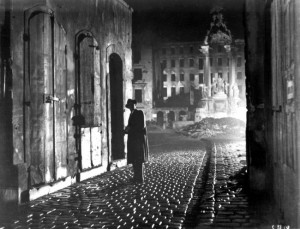 In his program notes, Scott asserts that Eötvös based the quartet on the tense relationship between Mozart pere et fils — Leopold and Wolfgang — as revealed through a series of letters (thus the titular “correspondence”). A brilliant concept.

But I heard urban sounds, desolate ones. It resembled the eerie noir landscape of post-War Vienna in Carol Reed’s “The Third Man,” at right. German photog Timo Stambergger‘s amazing portrait, above, of the Budapest subway evokes a similar feeling.

The evening also featured works by Hungarian modernist composer Gyorgy Ligeti (1923 – 2006), with contemporary music high priestess Gloria Cheng soloing in the Ligeti piano concerto. The event of the evening was the U.S. premiere of Eötvös’s Schiller: energische Schonheit, a Jacaranda co-commissioned work that the composer/conductor himself presented. It was a fierce beauty.