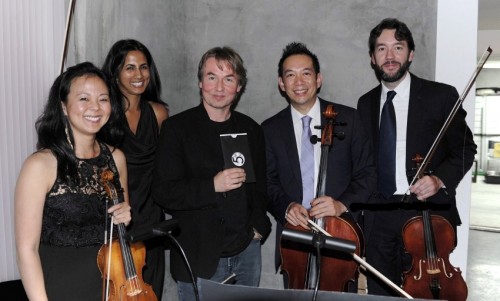 Posing with The Lyris Quartet (Alyssa Park, Shalini Yijayan, violins, Timothy Loo, cello, Luke Maurer, viola) is our marvelous and much-missed Los Angeles Philharmonic Conductor-Laureate, Esa-Pekka Salonen, on a return visit to our town. Salonen’s now London-based where he’s principal conductor of the Philharmonia Orchestra. His presence at a house party in Culver City proved a special draw at a benefit concert for ‘Hear Now … A Festival of New Music by Contemporary Los Angeles Composers’ under the direction of composer Hugh Levick.

‘Hear Now…’ is a festival that takes place in Venice annually. Composers of the caliber of Salonen, Thomas Adès, Stephen Hartke, William Kraft, and Gernot Wolfgang are featured, among others, creating idiosyncratic and exciting contemporary music in Los Angeles. ‘Hear Now’ will present its third festival next April 13 – 14, 2013.

The invigorating fundraiser happened on the cusp of the holiday season, December 5, at the Culver City designer home of music writer and patron Thomas Small and arts promoter Joanna Brody. The creative couple’s upended shoebox of a high-tech house was filled with a vanguard of modern-music buffs. 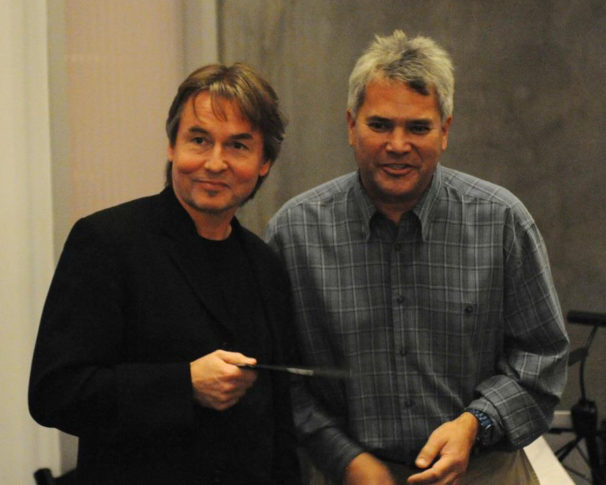 And into the room Salonen bounded. The Finnish wonder, still perpetually young, still of tousled hair, and coolly clad in blue jeans and sports jacket, mixed in easily. In the course of the concise concert, he was an enthusiastic emcee, dropping his witty bon mots.

Salonen-ania ricocheted the room. A wry opening comment concerned driving, a notorious Salonen beef. (“Coming back to Los Angeles, this town is so much part of my life. I still hate the 10 Freeway. It’s still a mess.”) He then poured forth — with increasing velocity — a torrent of musical factoids, capping off with an edgy anecdote about Alban Berg’s love life. On this titillating note … in kicked the music. 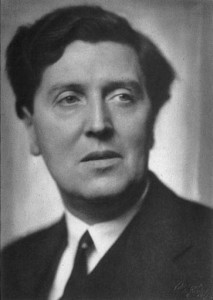 The Lyris-ists, who are the founding string quartet of the Hear Now Festival, opened their succinct program with Stravinsky’s “Three Pieces for String Quartet” (1914). Salonen warned of the deceptive sparseness. “It looks and sounds simple; it’s modest, the first movement is proto-minimalist.” he said.

The quartet gave a rapturous and precise reading to Berg’s “Lyric Suite” (1926), a twentieth century jewel that melds atonal modernism with harmonic beauty. Soprano Elissa Johnston delivered a vocal part discovered decades after the work’s premiere. Salonen, a lover of music for voice, said that he had never heard Berg’s song-component performed live. “Lachen Verlernt” (2002) (played by soloist Alyssa Park, but written by Salonen for Cho-Liang Lin) got an amusing set-up when the composer readily admitted his commission was well paid — in wine. The program closed with The Lyris Quartet’s inimitable rendering of Ben Johnston’s “String Quartet No. 4 ‘Amazing Grace’” (1973), a signature work for the sparkling band of fiddlers.

Following the concert, Salonen nattered in his lilting voice, dropping funny accents on select words. “When I was studying in Europe, in modernist circles,” he remembered, “the idea of selling out was a really serious offense,” adding, “The idea of doing something people actually liked … was anathema.

Salonen smartly zoomed in on the evening’s theme, the support for contemporary Los Angeles composers. He noted, “This city has a rich amount of contemporary music on every level … but it seems to be going in waves. There was the Golden Age with Pierre Boulez. And then the Monday Evening Concerts. Then there was a drought.”

“I am alive and I am curious. So I would like hear music written by a local,” he said. “If I have one major regret, it is that I could not do enough to connect with California composers. That would have been my next project — to invest in a new generation of composers.

“So if you have scores and tapes, send them!

“In my [17] years with the Phil, my basic leaning was that contemporary music is normal, like reading a newspaper. Would you rather wake up and read news of today or that of three years ago?” Appreciating modern music, said Salonen, “is really about exposure. I used to say you don’t really have to understand, you just have to be open-minded. But now I think you do have to have some kind of reference. If you have the reference, the experience becomes more profound. There is a continuous thread from Monteverdi and Bach. Some formal and technical principles stem from Bach. This history influences us every day.” 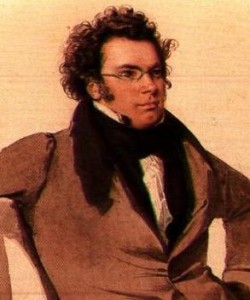 E-P fan that I am (who isn’t?) was once shocked by the sight of him, on the street, clad in a bad-assed black leather jacket. So I was pleased when someone questioned him about his yen for hard rock.

He explained, “As a conductor I deal with masterpieces all the time; they are very powerful and it’s hard to get rid of them; you have to knock back a couple of whiskeys after a concert.

“I used to listen to rock music in the car after my concerts. I had young drivers who gave me a crash course in genres of rock, it’s completely tribal, the scene is fractured. I have gone through several Bruckner Fourths. And it is nothing like listening to heavy metal.”

Switching subjects, Salonen riffed on ‘identify’ in music: “This is the essential question of all the arts, but music especially. The question is … what constitutes identity? When you hear Schubert — one note — you know it’s him. Berlioz can be infuriating. You read his score — and it’s almost silly. Then when you hear it, there is this powerful identity. It hangs on, with longevity. For example, folk music, some of our oldest tunes, like “Greensleeves.”

“Why this — of all songs — hangs on hundreds of years?” queried Salonen. “It’s a mystery. But it is the central quest of art.”