Barrie Chase to reminisce about her favorite dance partner 1 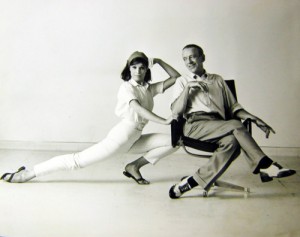 We would never miss the upcoming event at the Academy of Television Arts & Sciences this Thursday evening when the elegant, long-legged beauty, Barrie Chase, appears in person for a fun screening and panel discussion.

Clips from four of the Emmy-Award winning television specials Chase made with Fred Astaire in the late 1950s and early 1960s will be on view. What could be more heavenly?

[We wish all our hurricane-frazzled friends on the east coast could attend  — our thoughts will be with them. Hang in there guys!] 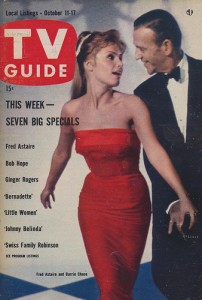 It was while the ballet-trained Los Angeles native was working as Jack Cole’s rehearsal assistant on Les Girls (1957) at MGM that Astaire first spied Chase — literally by peering through a dance-studio door. Soon she was the Master’s dance partner in An Evening with Fred Astaire — an honor shared with Ginger Rogers, Rita Hayworth, Cyd Charisse, and Eleanor Powell.

She made four television appearances as Astaire’s partner in his television specials between 1958 and 1968. Chase also danced alongside Astaire on the television program Hollywood Palace in 1966.

The event, co-produced by the Academy together with arts·meme friend Julie McDonald, gets an interesting update when a panel of today’s choreographers will (surely) rhapsodize about the great Astaire’s influence.

The panel will be co-led by the director/choreographer Kenny Ortega and recording artist Paula Abdul, an experienced hot dancer for the camera.

Choreographers Marguerite Derricks, Napoleon and Tabitha D’Umo, and Keith Young will pitch in.