It was inspiring to eavesdrop on Amiri Baraka, the poet, playwright, essayist, intellectual, and political activist, as he swapped kitchen table banter about life and art with his daughter, the academic and curator, Dr. Kellie Jones.

The tête-à-tête took place before an SRO audience at the Hammer’s Billy Wilder Theater. It was the closing day of “Now Dig This! Art & Black Los Angeles 1960-1980,” one of the key exhibitions of the Getty Research Institute’s “Pacific Standard Time’ arts umbrella, and the community gathered to get a last look.

It was a father and daughter show. Inevitably, we all hung on the verbal droppings of père, whose inimitable phrasing and acerbic bon mots did not disappoint. 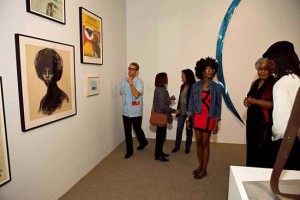 Clearly proud of his daughter’s ambitious retrospective of L.A.’s serious post-War African American art scene, Baraka opened his musings by noting the relationship between the curator, Kellie, who is a Columbia University art history professor, and Lisa Jones, his second daughter, a respected filmmaker and writer.

“[It’s interesting to see] what sisters give each other, [those] who have been raised around art, not as a commodity or something to decorate ugly stuff. But [sisters raised] to know people who dedicate their lives to creating art. 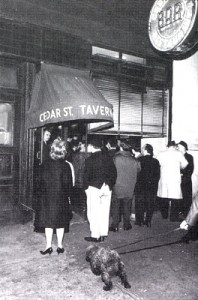 that; when I went to the Village we were steeped in abstract expressionism. You’d go in the Cedar Tavern, there was de Kooning, Pollack, Franz Kline. We despised pop art.

“I just went to Ireland. They have a museum of Andy Warhol. Which tells you what terrible things communications can do,” he said, leaving it to listeners to suss whether the slight was on Warhol or the Irish. I believe it was the latter. Oh hell, it was on both.

“I’m just skipping around — because I like to do that,” he said with a laugh.

“I like the irony of being in the Hammer. Being a dirty communist — to know Armand Hammer was the first to talk to Lenin [about accessing Russian oil.] Then he was smart enough to open a museum with my daughter’s show in it. How things relate!”

Switching gears, he returned to art criticism: “How do you make something that speaks to the world? That’s the burden on [art] abstraction. How do [artists] say what the world is? 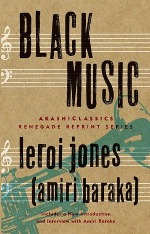 “You can go to a museum and not see any evidence of the species that inhabits this planet.

“The question is: ‘What are you talking about? What do you mean?’ That’s the bottom line of every work of art. If it doesn’t answer these questions, it’s hard for me to get close to it.

“What do you mean? What are you saying? These are the important questions. A lot of people get through life without ever answering them. And they are making a lot of money doing it.”