Something’s comin’, I dunno what it is, but it is, gonna be great! 1 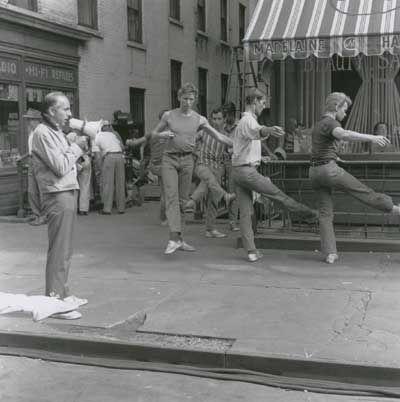 arts·meme Facebook pal Marcus Galante shares this crazy capture of a gangland ballet class on the set of the film, West Side Story.

The bullhorn’s a new one.

Looking forward to the  big celebratory screening on November 15 of the digitally tricked out blu-ray dvd of “West Side Story” at Grauman’s Chinese Theater.

On that evening and in that grand venue, fifty years ago, in 1961, the film had its premiere.

One comment on “Something’s comin’, I dunno what it is, but it is, gonna be great!”