Headlining at the Rainbow Room: Jack Cole and his Dancers 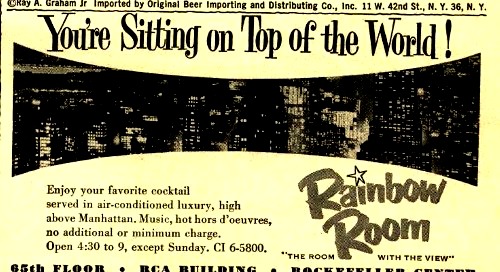 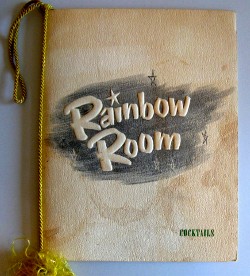 The New York Sun, Saturday, May 18, 1942: The Rainbow Room’s new show, introduced this week, is a gay diversion highlighted by the colorful performance of Jack Cole and his Dancers.

In fact there is probably more down-to-earth light entertainment in this show than in any that the Rainbow Room has offered in quite a spell. It seems just right for these warm spring nights, when most people probably don’t want to be bothered (we don’t, at any rate) with a show that is too long or too heavy.

In addition to Cole and his dancers the Rockefeller Center club is offering the singing of Adrienne, in a return engagement, a clever and amusing dog act, and the Terry Sisters and their rumba band. 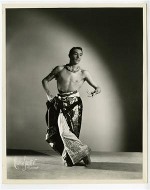 No stranger to the Rainbow Room, having appeared there on several occasions during the last few seasons, Jack Cole an his troupe do a series of dances shrewdly contrived to appeal to popular taste, yet without sacrificing artistic integrity. There is sharp satire and good humor in most of their numbers. this is especially true of one called “The Dance of the Solid Sender,” in which Cole appears as a sad-faced jive man of the Harlem school and is assisted by Florence Lessing and four other young women in jitterbug costumes.

The group also present Cole’s now familiar East Indian dance patterns and he and Miss Lessing are seen in a fast and colorful native Latin dance. The costumes used by the company are all colorful and particularly well suited to the dances presented. 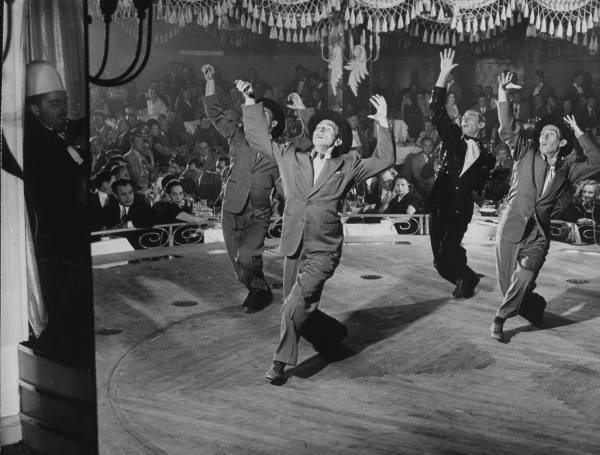