Chris Cole, the producer of the new “Black Tulip” film, contributes this overview to arts·meme. 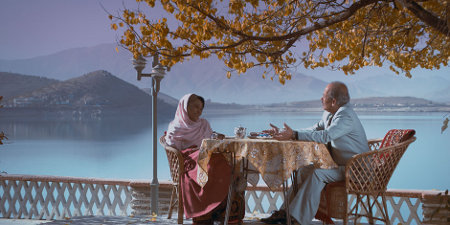 With all the turmoil and foreign affairs debate surrounding Afghanistan, it’s easy to forget about the millions of Afghan civilians still dealing with the consequences that have resulted from over thirty years of war. Families from all over the country who struggle to make a living are finding themselves caught between the crossfire of NATO forces and the Taliban. Anytime they interact or help one side, they risk facing major repercussions from the other. This dynamic has lead to increased civilian casualties and waning support for the war at both home and abroad. More importantly, it raises serious questions about what modern life must be like for an average Afghan family and what hope they have, with or without foreign intervention.

“Black Tulip“, seeks to answer some of those questions by going behind the mud walls and busy streets of 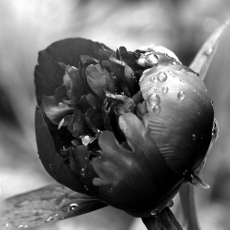 Kabul to take an in depth look at one such family. As Afghanistan’s official submission for Best Foreign Film at this year’s Academy Awards, “Black Tulip” has been turning heads in both Washington and Hollywood alike. Shot on location in Kabul, the film was directed by Afghan expatriate Sonia Nassery Cole, who is also the Chairman of the Afghanistan World Foundation. The film follows the story of a middle-class family in Kabul who seize a window of opportunity to open a restaurant with an open microphone after the Taliban were temporarily ousted from Afghanistan in 2001. They struggle when lingering factions of the Taliban interfere, and pay a mighty price for daring to embrace freedom again.

The film paints a striking portrait of the many moderate Muslims who are often forgotten by the media and gives the audience an enhanced perspective on the plight of the Afghan people. Considering the state of cultural affairs in Afghanistan, capturing this rare footage at such a pivotal time was no small feat for Cole. While the fate of families like the one portrayed in the film are uncertain, one can only hope that this film impacts policymakers and is a catalyst for reform of our policy there.

Todd McCarthy, film critic at The Hollywood Reporter, will moderate the post-screening Q&A at LACMA.