Kudos to hardworking impresario Lynette Kessler on the launch of the ninth annual installment of Dance Camera West, the month-long series celebrating the best-of-the-best of the filmed dance experience. 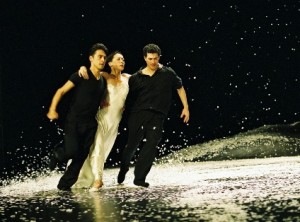 Like many west coasters, life slipped by without my focusing sufficiently on this influential choreographer. So Lynette is making a great contribution by helping us catch up.

The symposium, co-hosted by Dance Camera West and the Goethe Institute, features the West Coast premiere of two films, followed by Q&A. It happens at the Hammer Museum. See you there!