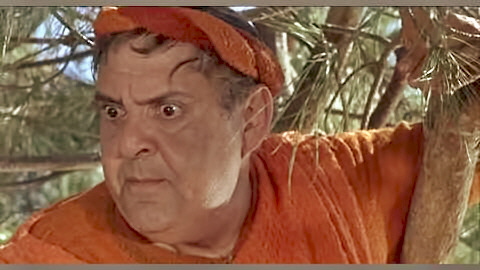 Just the idea of Zero Mostel makes me laugh. Watching him in movies, I’m gripped by fear that the camera will leave his face … and I’ll miss something funny. The rotund comic genius starred in the original Broadway production of Burt Shevelove and Larry Gelbart’s “A Funny Thing Happened on the Way to the Forum” in 1962, and again in the 1966 film.

The show’s setting and the characters are vaguely Roman, but the outrageous stage comedy is really an homage to American burlesque — in togas. Filling the roles of Zero Mostel (Pseudolus) and Jack Gilford (Hysterium) are actors Lee Wilkof and Larry Raben.