Say a dance prayer for Gene Kelly in Pittsburgh 2 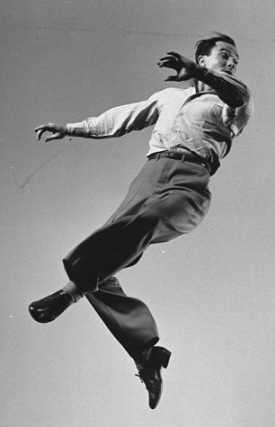 What’s this I hear about twenty years of fruitless effort to erect a statue of dancer Gene Kelly  — in a city where bridges, steel mills, skyscrapers, and sports stadia get built with ease?

Says Ms. Cloud: “I don’t ask for much. Just a non-sports statue. A figure from the performing arts, one whose name is synonymous with Pittsburgh.”

You see, Western Pennsylvania, the bastion of football, baseball, and all sorts of other manly sweaty stuff, also birthed a few good dancers, among them, Martha Graham, Paul Taylor, and … ahem … me!  But of all of Pittsburgh’s dancing sons and daughters, probably the most famous is Gene Kelly.

Unlike Graham, who skedaddled to Santa Barbara, California, at age 15 and Taylor who deprecated the Steel City — then the nation’s soot-spewing industrial engine — Kelly was proudly all-Pittsburgh, fully growing up, learning to dance, and eventually teaching in his family’s East Liberty dance studio.

Pittsburgh and dance. Dance and Pittsburgh. Kind of goes together, doesn’t it? Don’t forget that Nijinsky danced in Pittsburgh.