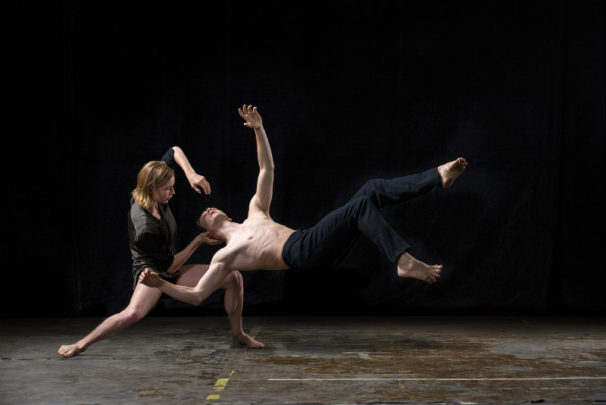 Did the holidays do you right? Kinda, sorta? Some of us still feel fatigued! Laden, draggy, down to earth. That is why we want, and need, peppy young people, for example dancers, in pursuit of a hot new trend — going airborne.

Because space is the place ~! It may be the new dance frontier. 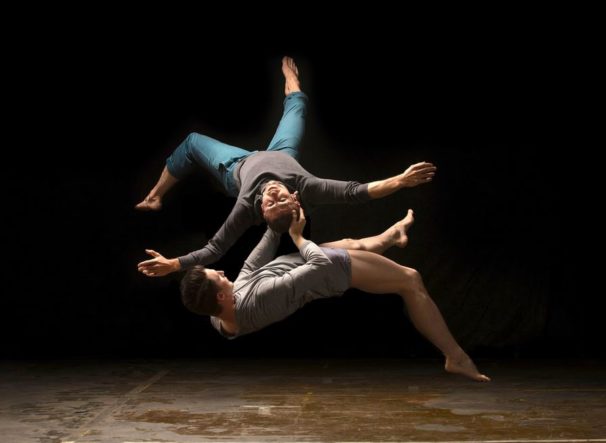 We have long had aerial dance troupes, like the wonderful Luminario Ballet. But this is different. Three companies bringing airborne exploration to Los Angeles are Hubbard Street Dance Chicago, L.A. Dance Project, and Aspen Santa Fe Ballet. They are either barefoot modern dancers (who used to chug the earth) or contemporary classical ballet dancers (they who prance on pointes). And there is a new group coming to L.A., one we have never seen, a troupe of Euro-dancers under the direction of the Greek-born choreographer Dimitri Papaioannou.

The Wallis is presenting a new, full-length collaboration between two acclaimed Chicago companies, Hubbard Street Dance Chicago and Third Coast Percussion. With choreography by Emma Portner, Movement Art Is, and score by Devonté Hynes and concept by our friend, Alejandro Cerrudo.

The Soraya, will present, for the fourth year running, its wonderful company-in-residence, Aspen Santa Fe Ballet, in three repertory works: Tuplet by Alexander Ekman; Dream Play by Fernando Melo; 1st Flash by Jorma Elo. An evening in L.A.’s loveliest of new theaters often sends us soaring, but this photo of Melo’s Dream Play challenges us to move even higher. And … bring an umbrella! 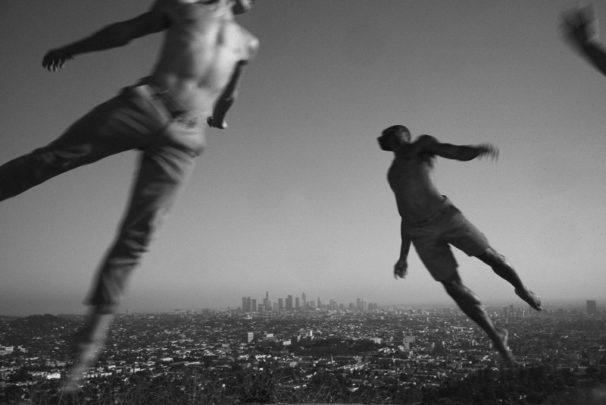 You even have a choice of neighborhoods you wish to fly over. In Benjamin Millepied’s case, that choice is downtown Los Angeles, where a premiere of his latest work for L.A. Dance Project, “I Fall, I Flow, I Melt,” is on offer starting January 12 for eight performances. Presented in the round, the work is the culmination of Millepied’s explorations into the music of Bach. Featuring movements from his previous work, “Bach Studies (Part 1),” Millepied includes additional compositions from David Lang to further elevate techniques of counterpoint, fugue, and canon within his choreography.

An artist new to Los Angeles, the Greek-born Dimitris Papaioannou, will bring a very adventurous-looking pageant, The Great Tamer, to Royce Hall, presented by CAP UCLA. The dancer in the photo, we could say jokingly, is so depleted he needs an astronaut to lift him. In fact, it strikes me as a compelling image: one man, clad in a near-warrior costume that engenders weightlessness, juxtaposed with another, shorn of clothing, who appears weighted.

The Great Tamer, “a sensual and primordial epic” with a strong visual component (it includes nudity), was called out by one critic for “a sense of humour Franz Kafka would have loved”; another writer alluded to the “dark humor” that brought to mind Samuel Beckett. Other critics remarked on the 100-minute work’s sense of spectacle and deep concentration. Conceived, visualized and directed by Papaioannou, the work had its premiere at the Onassis Center in Athens and has been seen extensively in Europe, including at the Theatre de la Ville, which was a co-producer.

So it’s up, up, and away with January’s very full slate of dance concerts. Fortunately in attending, I will not be mired in Los Angeles traffic. I intend to make like Mary Poppins and FLY. 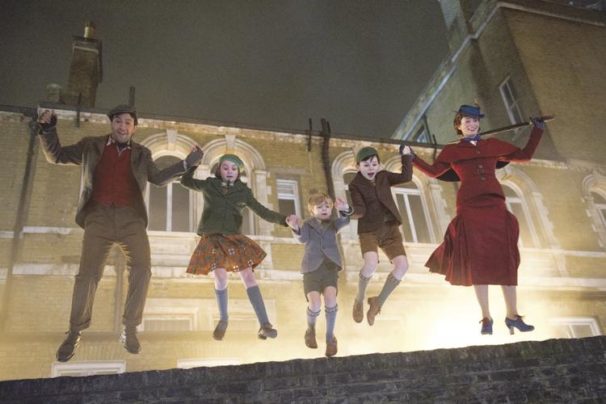