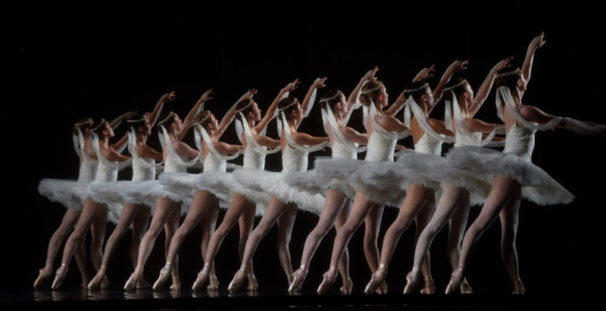 It was nice to hear from Susan Jones, the impassioned ballet mistress of American Ballet Theatre who lately admits to a special assignment indeed.

“For weeks we have worked on every detail of La Bayadère Act 2 Shades,” she shares on Facebook, referring to the famous sequence that opens the second act of “La Bayadère,” originally choreographed in 1877 by Marius Petipa for the Mariinsky Ballet.

This sequence is sacrosanct, the holiest of holies. You can experience it in real time with an audience at ABT’s upcoming performances of the full-evening ballet as part of Glorya Kaufman Presents Dance at the Music Center opening July 13. 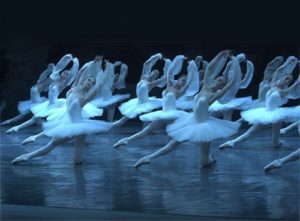 Said Susan to her dance-charges on opening night in New York: “For each ABT lady: Merde!

“Be sublime; be radiant; be the “ballerina” you are in your hearts.”

If only we all could all could do that; be the ballerina we are in our hearts. Summed up Susan Jones, “I can’t wait to see the collective fruits of our labor.”

The ballerinas, in the sequence, enter the stage one by one, on a downward ramp, flowing through an ‘enchainement’ that starts with an arabesque then segues to a backward arch, torso twisting toward the audience, arms raised in a high fifth position. (That twisted fifth position alone is a revelation in its purity.) One by one the women perform this movement-chain until the stage overbrims with ballet girls — in a beautiful enactment of the harmony of ballet classicism. 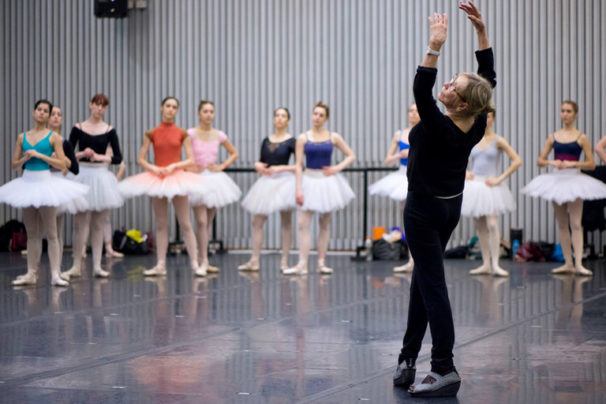 The rehearsal director works in close tandem with the former ABT principal dancer and prima ballerina assoluta Natalia Makarova who conceived and directed the production, adding choreography after Petipa’s. Makarova has staged the “Kingdom of the Shades” on 14 productions worldwide, including the Royal Ballet, the Ballet de Santiago, the Australian Ballet and the Tokyo Ballet. She originally staged the work on ABT in the 1980s.

Writing on Facebook was former ABT dancer Richard Kielar: “I went to ABT’s “La Bayadère” last night and was thrilled to see Natalia Makarova. I told her I was one of the two Lead Priests in her original production, and that as a 20-something during the first dress rehearsal, I was terrified of her and her corrections. Without missing a beat, she said: “Looks like you survived.” When I showed her our photo, I said: “You look about 20” to which she replied: “Yes, 20 plus change.” She always had a very dry sense of humor. Sharp as a tack.”

Conductor George Daugherty wrote: “It was the first ballet I ever conducted for ABT, about 1981 or 82. I learned a very valuable conductor’s tip that I have used the rest of my career: after all the corps ladies come down the ramp, all those arabesques, and then all those bourees, and all the rest of that glorious corps adagio, and ultimately finish at the opposite sides of the stage, the audience will always applaud forever. (And deservedly so.). Conductor, however, needs to move on quickly because all those ladies’ feet and legs are cramping like mad after that entrance. . So I learned not to dawdle and wait for the applause to wane there! And that’s one of the reasons I had so many friends in the corps!

Wrote Janet Popeleski: “I have always tried to impart the experience we shared when Natasha first staged Kingdom of the Shades. Through a lot of intensive hard work she made us feel like ballerinas and at the same time move as one. I will never forget the ovation for the corps de ballet after the opening section. Also how we danced with new intention in all of the other ballets we danced. It for me was a life changing experience that I still treasure.

Susan Jones concluded, “Bayadère is the foundation for my life’s work. It applies to just about every ballet. The concept works. It’s all in the breathing. It marries the dancers.”