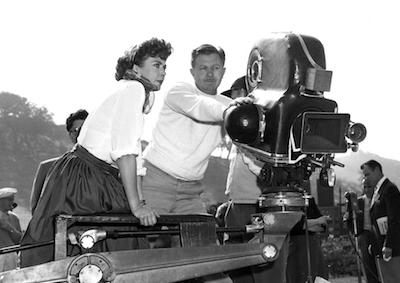 This one is for Kelly Anne Graml, the longtime publicist at UCLA Film & Television Archive who has been a joy to work with and who will retire from the Archive soon.

Calling all me-too’ers and enough-is-enough’ers! Now’s the time to march across Wilshire Boulevard and get-thee to a round-up of films from the 1940s and ’50s, directed by (and starring) the pioneering filmmaker Ida Lupino.

In celebration of the firecracker actress/director’s 100th birthday, the Archive is screening six features, ranging thematically from kidnapping to bigamy to rape, presented in three pairings, each featuring Lupino shining both on screen and behind the camera. 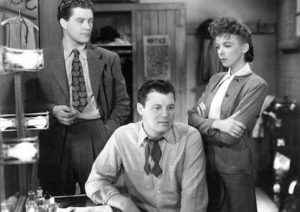 Lupino won accolades for her performance as a ruthless woman who propels her sister into a hollow life of ever-escalating fame. Then, Lupino’s third directorial effort finds a rising tennis star torn between her manipulative mother, her fiancé, and their competing visions for her future. 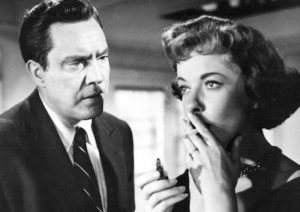 Writer-director Lupino boldly addresses the trauma and stigma of rape, using the visual language of noir to lodge us inside the mind of its central character (Mala Powers). Then, Lupino tackles the taboo subject of bigamy, with Edmond O’Brien as a traveling salesman torn between two women (Lupino and Joan Fontaine).

Paired with The Bigamist (1953) Archive restoration! 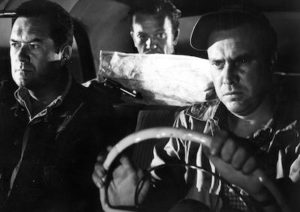 Ida Lupino’s best-known directorial effort, The Hitch-Hiker is noteworthy not just as a masterclass in the art of suspense, but also as the first noir helmed by a female filmmaker.  Submerging her audience into the “based-on-a-true-story” nature of the events depicted within the picture’s taut 71 minutes before the title card even hits the screen, Lupino injects true-to-life terror into this fictionalized account of real-life serial killer Billy Cook, whose six-murder rampage spanned 22 days in 1950-51.