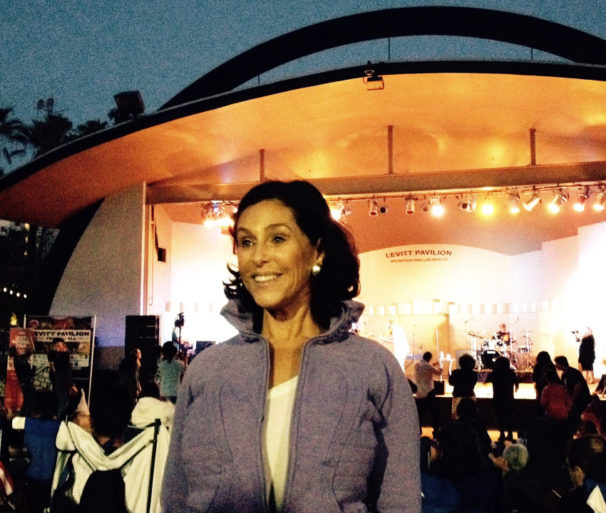 “Attention must be paid!” says Jane Jelenko, philanthropist, activist, writer, longtime friend to Elizabeth Levitt Hirsh, and co-chairperson of the upcoming Upton Sinclair Awards Dinner, April 19, at the Beverly Hilton Hotel, where Levitt Hirsch will be honored with a Founders Award.

“I’ve known Liz for nearly thirty years. I’ve watched her arts activism from the Joffrey Ballet to the Los Angeles Master Chorale to Center Dance Arts; her community activism chairing benefits and hosting gatherings; her political activism canvassing for candidates. And during the past two decades, her deep devotion to free, live music concerts as board president of the Levitt Foundation. She is amazing. She has more energy than ten people.”

“Seeing her name next to that of Congressman John Lewis really put her achievement into perspective for me,” admits Jelenko, adding, “I am so proud of her.”

On April 19, both Levitt Hirsch and Congressman Lewis will be honored by Liberty Hill, the non-profit advocacy group begun in 1976, and now a national leader in the pursuit of social justice. Organizing and advocacy by Liberty Hill has changed national policies, launched social change movements, transformed neighborhoods, and nurtured hundreds of community leaders who respond to the experience of injustice by fighting for their rights. 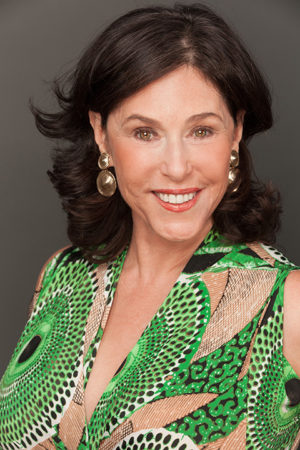 Says Levitt Hirsch: “Levitt is a platform for civil rights, for bringing social justice to the world. Especially at a time when our nation so needs change. Because that is where our value truly lies. We are as much about social justice and social equity as about the arts. You’ll see no VIP seating on our lawn. We create access and great programming that unites all economic classes.”

The evening’s paired awards (Lewis will receive the organization’s Upton Sinclair Award, Levitt Hirsch the Founder’s Award) thus makes so much sense. For those who know Levitt Hirsch, it resonates with righteousness. For this is a woman of economic privilege who has dedicated her life to carrying forth the lessons of generous philanthropy learned from her parents Mortimer and Mimi Levitt — engaging in myriad acts of social action and, since 1999, focusing her singular energies on the power of music to bring light, rebirth and unity to communities that may be hurting.

In 2018, nearly 500 free Levitt concerts will be presented in an impressive network of 26 towns and cities nationwide. They spring from Levitt Hirsch’s lifelong passion for music. At concerts, Liz is the first to clap, to dance, to yelp in delight and give raucous approval.

And she is the driving force behind the Levitt program.

“Liz is our most inspiring spokesperson,” says Vanessa Silberman, Levitt Foundation senior communications director. “She lives and breathes music, and deeply believes in the power of music to uplift and instill hope in people’s lives — and to bring people together. She believes this deep down to her core.

“Anyone who has met Liz knows her magnetic personality; she treats people with dignity and respect, and that is so central to who she is,” says Silberman. “Liz believes that everyone has the right to experience joy and high quality arts performances. The intersection of social justice and the arts is really in Liz’s DNA. She lives and breathes that.”

Silberman explains the Levitt mission: “The work that we do at Levitt is at the heart of creative place making. That’s an expression that describes how the arts can serve as a vehicle to make social and economic impact in communities, in public spaces, in an open environment. We are dedicated to activating our parks and using the arts to create positive outcomes in communities nationwide.”

Permanent Levitt venues exist in seven cities with more in development; a matching grant competition called Levitt AMP brings free concerts to 15 small to mid-sized towns and cities structured as public/private partnerships with local governments targeting spaces that are in need of revitalization.

Los Angeles Mayor Eric Garcetti is a believer. Speaking of the Levitt Pavilion in MacArthur Park he notes that “the vitality that you see there is a model of urban revitalization.”

Sharon Yazowski, executive director of the Levitt Foundation, says, “We are thrilled that Liberty Hill Foundation is honoring Liz with the 2018 Founders Award. She is an inspiration to us all, a changemaker whose passionate commitment to social justice through the arts has empowered communities nationwide and enriched millions of lives.”

As Liz Hirsch has brought joy to millions of concert goers across the nation, so too, do we share in the joy of her honoring. arts·meme sends a special ‘muah’ to Liz on this auspicious occasion. We’ll be there!