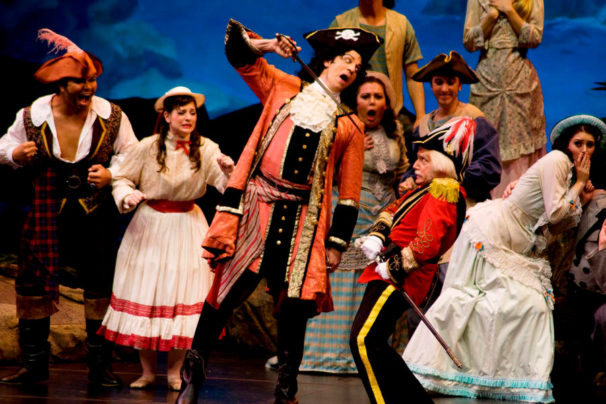 As the years tick by, I realize I am simply not seeing enough Gilbert and Sullivan. So I was delighted to note The Pirates of Penzance on the season of the Karen and Richard Carpenter Center, where the vast stadium seating makes it one of my favorite places to watch performances. Checking the schedule, I see that the troupers are on tour. They are on a doozy of a road show.

And Saturday night, with arts·meme in the house, they will warble and verbally parry and thrust in Long Beach. Let’s see how the New Yorkers bear the brunt of life on the road in the wild, wild West. For they are the very model of a modern dog-and-pony show.