All About Aspen Santa Fe Ballet 1

There are many reasons to be present at the Valley Performing Arts Center Saturday evening, April 16. Aspen Santa Fe Ballet, a premier and enduring western-based dance troupe, will appear in its first of three annual visits as the Center’s dance company in residence. 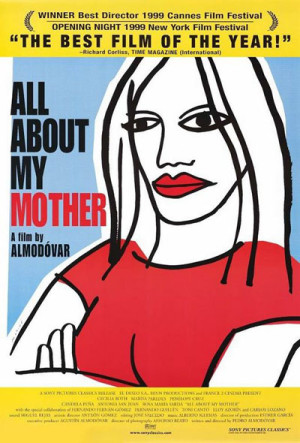 Founded in 1996, the Aspen’ites (they straddle Santa Fe, New Mexico, as well) celebrate their 20th anniversary this season.

Dance makers Alejandro Cerrudo, Fernando Melo, and Cayetano Soto are all global players: Cerrudo is resident choreographer of Hubbard Street Dance Chicago; Melo works at the Gothenberg Opera in Sweden; and Soto spans the globe as the Barcelona-based choreographer in residence for Ballet BC in Vancouver.

For my gas money, beyond experiencing the company’s warm performance style and state-of-the-art dance technique, a key reason to trek to Northridge is “Huma Rojo,” a terrific new work by Soto. “Rojo”‘s ebullient but killer choreography, funky Latin-music score, sexy red costumes, and, in a perfect ploy for our film town, inspiration by the great cineaste Pedro Almodovar’s ALL ABOUT MY MOTHER (1999)”, will sock it to your eye. The remaining works, Melo’s “Re:play” and Cerrudo’s “Silent Ghost,” add rich dimension to the program.

Please attend my pre-performance talk, “Climb Every Mountain: Aspen Santa Fe Ballet’s Twenty Years of Adventurous Art in the West,” at the theater at 7 pm.

One comment on “All About Aspen Santa Fe Ballet”