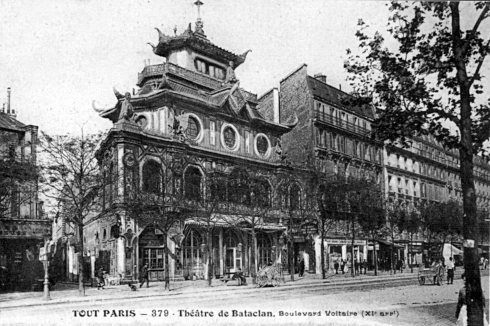 The charming and playful website for the Bataclan Concert Hall lists bookings for rock acts through May 2016.

The Chinoiserie-style building dates from 1864, ironically, right when European powers were having imperial adventures in the Far East.

Located at the sage address of 50 Boulevard Voltaire, The Bataclan ports a noble history as a cafe concert hall presenting the likes of Buffalo Bill and Maurice Chevalier who there got his start. For decades the hall was a cinema. Since the 1970s a rich roster of rock bands played the 1,000-seat room, notably The Velvet Underground, Prince, Cyndi Lauper and The Police. 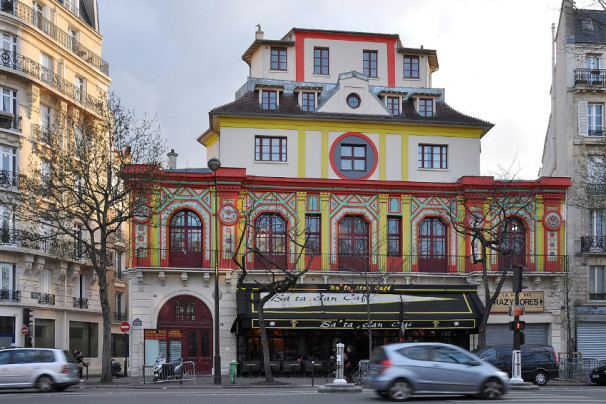