Chicago troupes bring “The Art of Falling” to Los Angeles 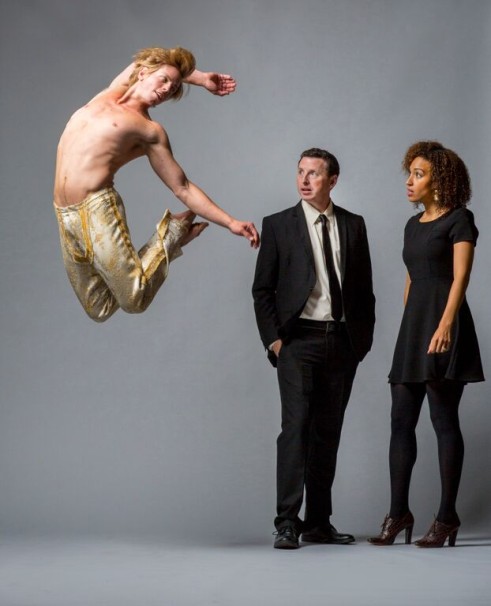 It’s not immediately obvious why Hubbard Street Dance Chicago and The Second City improv troupe collaborated on “The Art of Falling,” coming to the Ahmanson Theatre next weekend, except that both companies are based in Chicago. So I asked Michael Solomon, Associate Vice President of Programming at The Music Center, if he knew why.

“Both companies wanted to do cross-disciplinary work,” he told me by phone Friday. “It was an opportunity for the dancers to contribute to a scripted show and for the actors to explore movement. It allows them to tell a story with both movement and dialogue.” And it’s a comedy, Solomon adds. He doesn’t often get to say that as a dance presenter.

“The Art of Falling” was never intended to be a touring show, but when Renae Williams Niles, Solomon’s predecessor, saw the production she persuaded both companies to recreate it in Los Angeles. The Ahmanson gig is both the West Coast premiere and the only time it will be performed anywhere this season.

The evening-length work has three intertwined story lines. One is the tale of two men in love, a dancer and a comedian. The dancer teaches his boyfriend, who says he can’t move, how to love. (I guess loving and dancing are the same thing, which I can certainly relate to.) Both roles are played by members of Second City, while the Hubbard Street dancers act as a sort of contemporary corps de ballet. 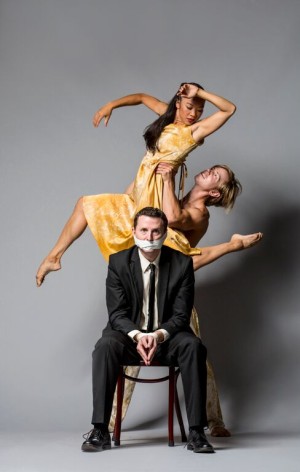 The press release describes the show as “lively, charming and sometimes absurd.” The absurd part may refer in part to the music, which veers from Procol Harem’s “Whiter Shade of Pale” to excerpts from Tchaikovsky’s “Swan Lake,” and in part to the fact that the dancers have roles like a vending machine, a stationery bike and a crucifix.

Both companies have well-earned national and international reputations. Second City has been the breeding ground for performers like Tina Fey and Stephen Colbert. Hubbard Street started in 1977 as a jazzy Broadway-esque ensemble led by Lou Conte and has successfully weathered many shifts in identity, from serious contemporary dance (works by Jiří Kylián from Nederlands Dance Theatre), to the wild hipness of Lynn Taylor-Corbett, to a Twyla Tharp period. More recently the company gave a nod to Israel’s rich dance world with Ohad Naharin’s powerful and popular “Minus 16.” Los Angeles’ own Daniel Ezralow, a Cal Arts alum, has choreographed for them too.

Now they are collaborators on what promises to be a dazzling original. The Chicago Tribune and Huffington Post both raved over “The Art of Falling” when it premiered in Chicago last October. It’s no small event; it features 30 performers including some from Hubbard Street 2, the company’s early-career ensemble. It is choreographed by Hubbard regulars Alejandro Cerrudo, Lucas Crandall, Jonathan Fredrickson (another Cal Arts grad), and Terence Marling, and directed by Billy Bungeroth.

Kudos to Glorya Kaufman Presents Dance at The Music Center for bringing “The Art of Falling” to Los Angeles.