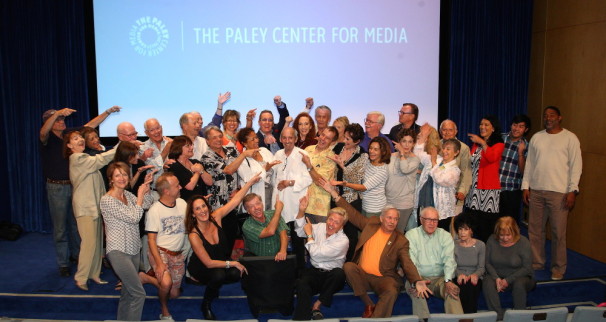 On a delicious Saturday afternoon last September, a bunch of dance devotees gathered at The Paley Center for Media to fete one of their own: the witty, prolific, tart-tongued choreographer Alan Johnson, an industry veteran of theater, nightclub, television, cinema and any-dance for the camera.

“I had been thinking lately [about my career] wondering, ‘What the hell did I do?'” said Johnson in opening the event. (He served as his own delightful emcee at the tribute.) “I have a body of work. I thought I would like it to be like a show.”

Mel Brooks’s preferred choreographer then shared tidbits and memories with the gathered crowd in the Paley Center’s swank screening room.

Johnson was particularly motivated to screen “Cowboys and Clowns” a rich number he created to mark the dance history of Paramount Pictures. 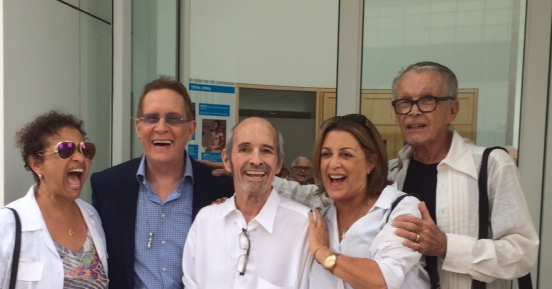 “But the big fun for me was working with Debbie Allen. Every week. It was sweet. Her mother was with her, a sweet lady. I told her that I cast her daughter as Anita in ‘West Side Story.'” 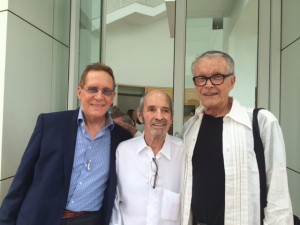 Chiming in with joy was Allen herself. The director/choreographer was in attendance with husband Norm Nixon. Allen proudly pronounced, “I got my start in Hollywood with Alan. He taught me a lot about choreography.”

Allen was seen in footage featuring Ann Reinking and Donna McKechnie, all in fur coats, vamping in, “Let me Entertain You.” The three fabulous women stripped down, as they danced, from coats to gold lame gowns to classy skivvies.

A Chita Rivera clip showed zero evidence that the massive talent suffered a car accident prior to its taping. Shirley McClaine, for whose live act Johnson contributed copiously, was next featured. 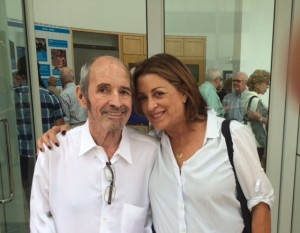 Anne Bancroft — who knew that this talented creature could also sing and dance? — was featured in a hilarious “Change Partners and Dance With Me.” In the comic dance-drama, she plays a doyenne whose wandering eye moves her from man to man. This from an Emmy-award winning “Anne Bancroft Special.”

Tommy Tune was up next, starring in a number Johnson staged for the hoofer in a 100th Anniversary to Irving Berlin at Carnegie Hall, in “Putting on the Ritz.”

“I grew up as a tapper,” admitted Johnson. “But I hadn’t tapped in years.” He then dropped one of the event’s many non-sequitur memories,”I got a crick in my neck and realized I was talking to Tommy’s nipples.”

Continuing with his dry repartee, Johnson noted, “Tommy Tune had tiny tiny dogs, Yorkies. I thought god, does that dog ever see his face? Feet, feet that’s all he sees.”