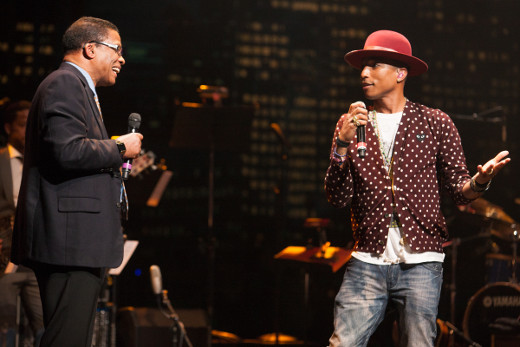 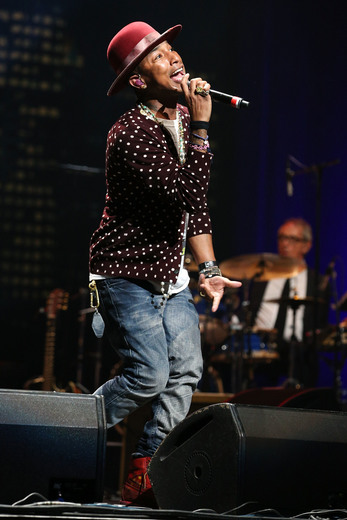 Williams won my approval with his cool fashion, his trademark chapeau by model-turned-hat-designer Nick Fouquet.

[Vivienne Westwood, as well, has designed hats for the 40-year-old music talent.]

Williams also scored points by physically bowing down to the jazz giants — one-by-one to his back-up band, who appeared with him on stage. Respect!

The evening’s special event was the bestowing of the Institute’s Maria Fisher Founder’s Award  to former Saxophonist-in-Chief, Bill Clinton.