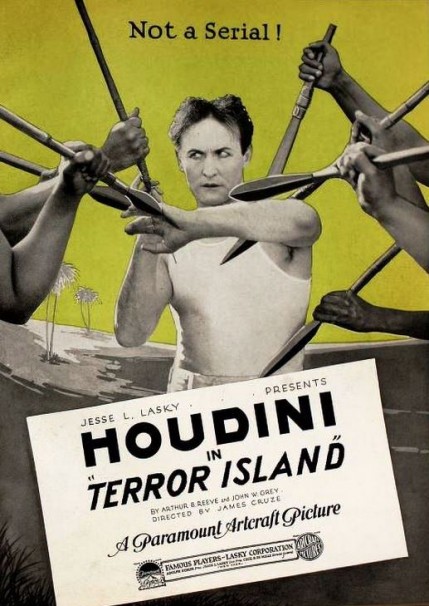 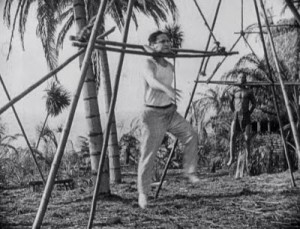 Yes, in his spare time (i.e., when he was not tied up) Houdini was a film pioneer. It’s a story that John Cox, a screenwriter and blogger at wildaboutharry, will soon unlock, unchain, liberate, release and set free at the season opening event at Hollywood Heritage‘s DeMille-Lasky Barn.

John’s talk will feature rare photos, as well as film clips of Houdini in action. The evening includes a screening of “Terror Island” (1920), one of Houdini’s legendary films produced by Jesse Lasky.