George & Shirley now … and then 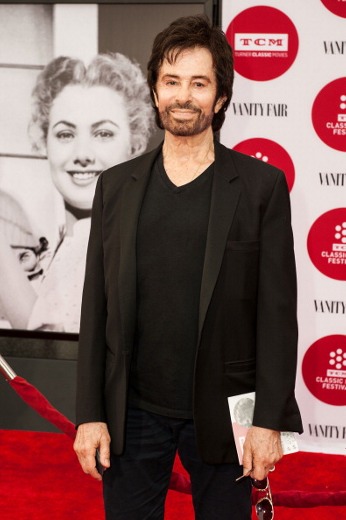 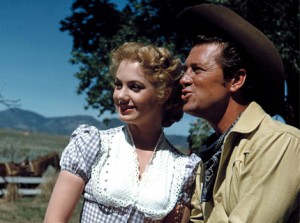 The occasion was a warm tribute for actress/singer Shirley Jones, honored at a screening of her debut movie, OKLAHOMA! (1955), recently restored. TCM host Robert Osborne interviewed the always-charming Jones before an invitation-only audience.

Jones is luminous in this movie musical, playing Laurie, melding beautifully with her co-star Gordon MacRae, at right.

Arriving at the recently refurbished Chinese Theatre, the two strode separately. But their fates have been entwined since Shirley, who had won the Best Supporting Actress Oscar the prior year for “Elmer Gantry,” was the one to garner an Oscar to George Chakiris for “West Side Story” in the spring of 1962.

Earlier, in 1955, George and Shirley were young performers in “Ford Star Jubilee: You’re the Top, A Salute to Cole Porter,” broadcast live from CBS Television City studios on Fairfax Avenue and Beverly Boulevard. 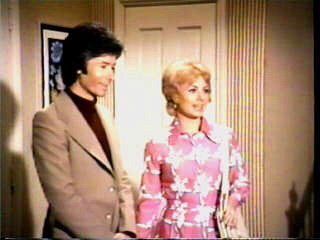 Cole Porter was present in the house during the broadcast!

Shirley and husband Marty Ingels were in attendance at the recent “A Tribute to George Chakiris” at UCLA Film & Television Archive last November.

Great to see these two show-business survivors who have talked the talk, still walking the walk at TCM Classic Film Festival 2014.