The distinction — true, false or otherwise — between so-called commercial dancers and those of the “concert” dance world will be breached February 14, 2014, when George Chakiris, “Bernardo” in WEST SIDE STORY (1961), hosts a gala to benefit Miami City Ballet, one of the nation’s leading classical ballet companies. 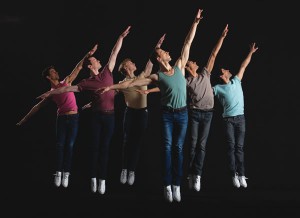 Chakiris, who began his long and fruitful career as a dancer-actor-singer in Hollywood of the early 1950s, will speak at the gala in praise of his mentor Jerome Robbins.

Robbins’ exceptional output includes masterworks of both Broadway and ballet. So Chakiris mashing in with ballet dancers next week in Miami is a fitting tribute.

“I really want to honor Jerry — any chance I get,” said Chakiris in recent conversation. “It was Jerry who cast me in the film. And in the show as Riff. If it wasn’t for Jerry, where would I be?”

The gala caps the premiere performance of “West Side Story Suite,” the balletic version of the great Robbins-Bernstein-Sondheim stage play and movie. MCB joins other top-tier American ballet companies — New York City Ballet and San Francisco Ballet — in adding the work to its repertory.

MCB Artistic Director Lourdes Lopez personally invited Chakiris, 81, who lives in Los Angeles where he designs and sells high-end custom-made jewelry. She primarily reached out to the Hollywood legend on behalf of her young dancers. 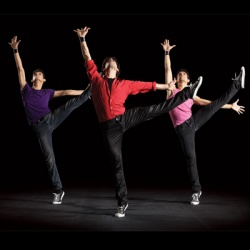 “I think they would adore meeting him,” Lopez wrote in an email. She then admitted to herself being a “Bernardo” fan: “There is no question that I would be the first standing in line getting an autograph. He is my absolute favorite.”

“We want to welcome George to our studios,” said Lopez. “I am well aware of his talent and contribution to musical theater. And it looks like he missed his calling for classical ballet by a bit.”

Chakiris, who came of age in Long Beach, California, trained in ballet at Eugene Loring‘s American School of Dance on Hollywood Boulevard. Over the years, according to Rita Moreno, his WSS co-star, Chakiris unceasingly sought out ballet classes: “George has never stopped taking class. That’s his modus videndi. He’s a Dorian Gray. Of the dancing guys, he’s one of the great beauties.” 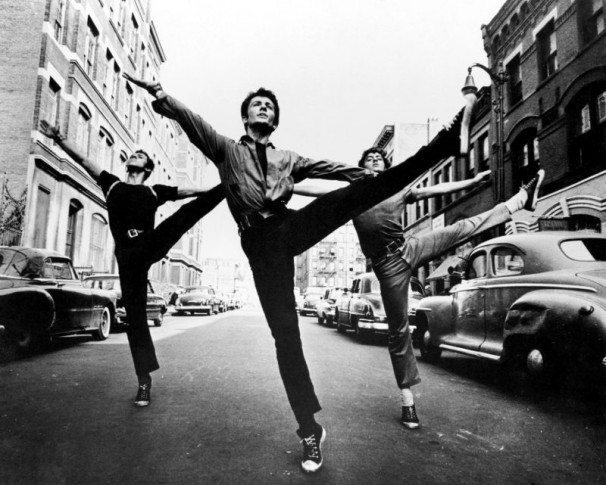 Chakiris’s more than credible ballet technique is on full display in the iconic photo from WSS above. The dancer kicks high his leg in ballet’s second position, while maintaining the heel of the foot of his standing leg in rotated position. His foundation in clean ballet technique undoubtedly drove Robbins to invest so heavily in Chakiris, casting him first as “Riff” on the London stage production in 1959, and then as “Bernardo” in the 1961 movie.

Lopez said of Chakiris, who garnered both a Golden Globe and an Oscar for this performance, “He will be treated as artistic royalty and only because that is how I view him. That is his place in this world and I will make sure all know it.”