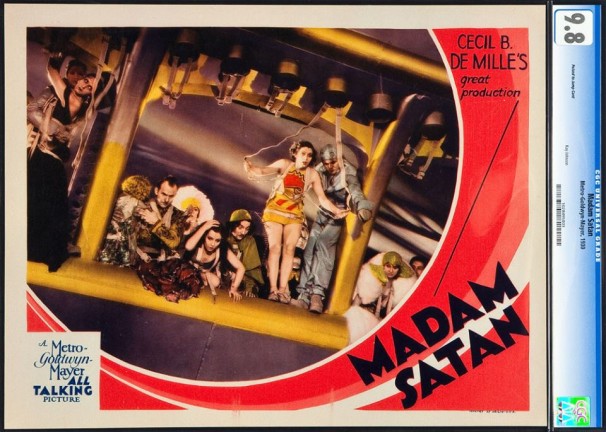 Delighted to announce my talk, “Theodore Kosloff & Cecil B. DeMille Meet Madam Satan” concerning the notorious early talkie-musical, co-sponsored by the American Cinematheque and the Art Deco Society of Los Angeles. The “illustrated lecture” is slated for Saturday March 15, 2 pm, coupled with a screening of MADAM SATAN (MGM, 1930), at the Egyptian Theatre.

The subject concerns Ballets Russes dancer Theodore Kosloff who, starting in 1916, appeared in almost 30 silent movies, a film career interrupted by the introduction of sound to motion pictures. The talk derives from an essay of the same name to be published by the Institute of Modern Russian Culture at University of Southern California, in its esteemed journal “Experiment” (Fall 2014). Announcement here: 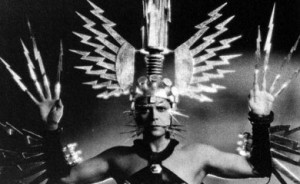 Dance critic Debra Levine brings new insight to art-deco favorite MADAM SATAN (MGM, 1930, dir. Cecil B. DeMille), zeroing in on the early talkie’s bizarre and exceptional “ballet mecanique” that takes place in a zeppelin. Levine has researched the director’s 40-year friendship with Theodore Kosloff, a Ballets Russes dancer who acted in more than thirty silent movies, most directed by DeMille. DeMille’s consultations with Kosloff concerning MADAM SATAN, on the cusp of the Depression, resulted in the dancer’s appearance as “The Spirit of Electricity.” Levine will share the back story of the development of MADAM SATAN’s inimitable movie-musical sequence.

Co-presented by the American Cinematheque and the Art Deco Society of Los Angeles with support from the Cecil B. DeMille Foundation. Part of Hollywood Heritage‘s Centennial Celebration of the Lasky-DeMille partnership.

Please attend! It’s a wild ride in a zeppelin.