Chakiris, a cut above the rest 1 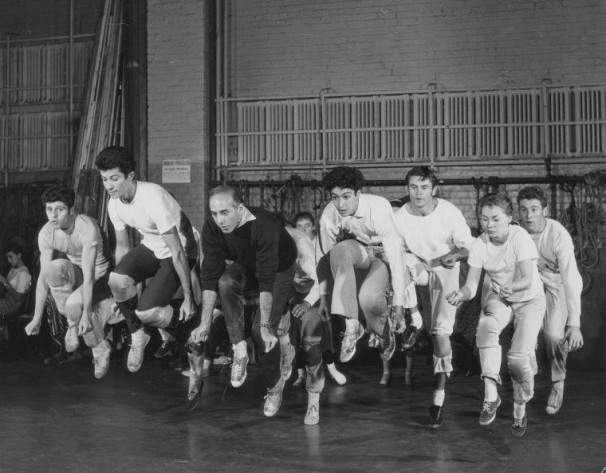 The camera catches a gang of gypsies rehearsing, in 1958, at New York’s Winter Garden theater before shipping overseas to perform in West Side Story’s second cast in London. Front and center is “West Side”s choreographer Jerome Robbins, running the “Cool” number with its inimitable finger snaps. Foremost in this group, a cut above the rest, is dancer George Chakiris, to the left of Robbins; Chakiris played “Riff” on the London stage for ten months before being cast as Bernardo for the screen version.

Chakiris’s screen-sizzling turn as Bernardo garnered an Academy Award and placed him in a rare category; he’s just about the only actor to win an Oscar for an all-dancing role beyond James Cagney, for YANKEE DOODLE DANDY (1942).

One comment on “Chakiris, a cut above the rest”