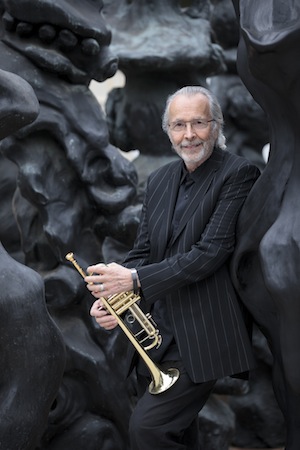 On July 10, 2013, President Barack Obama will recognize Herb Alpert for lifetime contribution to the arts with one of the 12 Medal of Arts bestowed annually by the White House.

Herb Alpert is a music legend, as a performing artist in both jazz and popular realms, and as an industry producer. He is an accomplished sculptor and painter. As an arts philanthropist he has significantly enriched American cultural life.

Alpert still performs, swinging, stuttering and scatting with his Blessing trumpet. He has sold over 72 million albums over the course of his career, and he and partner Jerry Moss changed the music industry when they founded A&M Records. An eight–time Grammy winner, Alpert is just releasing his 34th studio album “Steppin’ Out,“ and with his wife, Grammy–award winning singer Lani Hall. The duo will perform at the Hollywood Bowl July 17, 2013.Together Herb Alpert and Lani Hall are mutually involved in the work of The Herb Alpert Foundation, formed in the early 1980s. The Foundation’s significant commitments support music & arts education, jazz studies and organizations that work toward creating a compassionate and empathetic society and has given over $125 million in grants.

The National Medal of Arts awards were established by Congress in 1984 to honor artists and patrons of the arts. It is the highest award given to artists and arts patrons by the United States government. Others garnering the honor this year include: