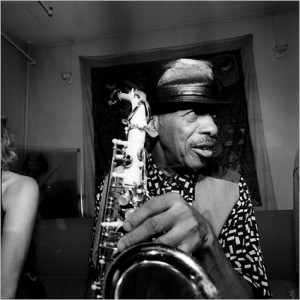 arts·meme friend Ross Lipman, a primo art-film restorationist, clues us into a very cool screening of a documentary directed by the feminist filmmaker Shirley Clarke (Lipman is an expert and advocate of her work) next weekend at the Billy Wilder Theater.

It’s “Ornette: Made in America,” to be screened in the mid-stream days of UCLA Film & Television Archive’s month-long and impressive Festival of Preservation. A great opportunity to view saxophonist Ornette Coleman in action.

Clarke, super arty, super interesting, had a dance background before foraying into film, reminding us of Yvonne Rainer’s career. 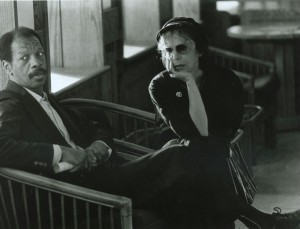 At the time of release, the two artists’ careers were on opposing trajectories. Clarke had seen her greatest success in the 1960s with a remarkable trio of features, The Connection (1961), The Cool World (1964), and Portrait of Jason (1967). Her subsequent career, as one of the earliest experimental video pioneers was remarkable, but received far more limited acclaim. Ornette was her last major movie.

The Wilder Theater event is meant to feature Ornette Coleman and his son Denardo (both via Skype).